‘She Actually Has No Idea’: Jake Tapper Shuts Down Kellyanne Conway on Australia Call Story

‘She Actually Has No Idea’: Jake Tapper Shuts Down Kellyanne Conway on Australia Call Story 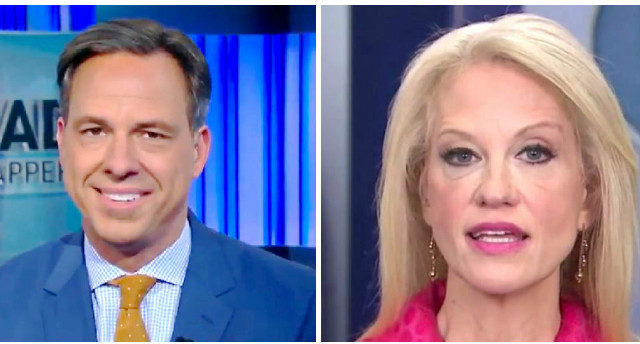 Well, one of the journalists who worked on that story for CNN hit back at her, letting her know that she didn’t know.

She actually has no idea. But whatever. https://t.co/0ay3KRwW4z

Without revealing any sources, Tapper appears to at least be hinting that they may have gotten some details from someone within the White House.

The Trump Administration has involved itself in a prolonged and heated feud with CNN over the network’s coverage of the president. Days before his inauguration, Trump argued with a CNN reporter at a press conference, calling him and CNN “fake news,” a charge he has repeated over the past few weeks.

As for Conway herself, she hasn’t appeared on the network in nearly a month, with her last appearance a highly contentious interview with Anderson Cooper days after she was grilled on Tapper’s State of the Union. It was reported earlier this week that the White House was “icing out” the network as they hadn’t made any officials available for interviews following Conway’s appearances.

However, yesterday, deputy assistant to the president Sebastian Gorka showed up for an interview with Tapper. It remains to be seen if this will be a continuing trend.