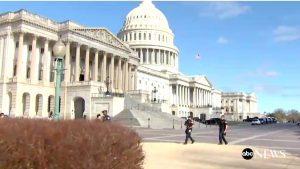 Last week, Axios reported on how She Should Run, a nonpartisan organization that helps recruit and train women to run for public office, is launching a campaign to achieve complete gender parity among elected officials by 2030 with its “250k by 2030” campaign.

It’s worth noting that She Should Run differs from Emily’s List, another organization to get women in elected positions, as it doesn’t require women to be Democratic and pro-choice. Some call this open-minded and inclusive; others call it counterproductive to support women who will use their political power to take away other women’s rights.

In either case, while this campaign is being lauded for advancing feminism, it should also be celebrated as a move toward restoring productivity to politics.

After all, if you’ve ever looked at our 80 percent male Congress and wondered what things would be like if there were more women involved (you know, beyond the obvious way fewer sex scandals), a handful of political scientists found the answer late last year: Congress would probably be a lot more productive. Women in Congress overwhelmingly introduce and pass more bills than men, and this means a lot in a political climate where the vast majority of lawmakers seem to be all talk, no action.

Quorum, a Harvard startup assessing Congressional statistics, found that over the past seven years, female senators moved an average of 4.88 bills out of committee to be voted on, and on average saw 2.31 bills passed. In contrast, the average male senator has seen 3.24 bills move past committee and 1.57 pass.

And this should go without saying, but more women in elected positions tends to be good for women’s health. According to research by a Georgetown political scientists, women in Congress are “more likely to prioritize issues that have a direct connection to women,” such as violence against women, family leave policy, and women’s health and reproductive rights.

Left-leaning female legislators co-sponsored an average of 10.6 bills related to women’s health, which is twice the average of 5.3 bills co-sponsored by their liberal male colleagues. But perhaps on some level, this is something of a bipartisan issue for women — after all, it was the dissent of three female GOP senators that dealt the hardest blow to GOP repeal and replace attempts.

It’s also worth noting in light of the hundreds of bills to mitigate abortion access, how male legislators are predominantly the ones passing legislation against abortion. There’s something obviously backwards about men making decisions about and transforming women’s bodies into political battlegrounds, and while, for whatever reason, there are plenty of female legislators who oppose abortion, for the most part, female legislators tend to be less ignorant about the all important issue of reproductive rights. We need women to be represented by lawmakers who are, just by nature, better suited to understand and empathize with them.

Electing women is about more that symbolism — it’s about government efficiency and empowering positive change for women across the country.

She Should Run has sketched out some ambitious goals, but in the wake of the first female presidential nominee from a major party losing the presidency to a noted misogynist despite winning 3 million more votes than him, these goals are more important — and more plausible — than ever. Women across the country and across partisan lines have been inspired to follow Hillary Clinton‘s legacy, and their energy could both fundamentally transform American politics and, someday, put the first female president in office.