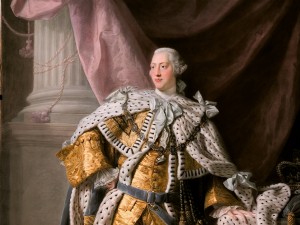 Larry Klayman, the attorney for Sheriff Joe Arpaio, said in a statement Thursday that President Obama “rules like he is King George III in 1776.”

Unlike a judge in Arizona who has been presiding over a compromised and ethically conflicted trial of Sheriff Arpaio that also concerns illegal immigrants in Maricopa County, four justices of the Supreme Court did the right thing and shut the door to Obama’s lack of respect for the will of We the People. They legally stood up to an out-of-control president who rules like he is King George III in 1776. As bequeathed to us by our Founding Fathers in the Constitution, this is the proper role of the judiciary, to serve as a check and balance to government tyranny.

The dig at the judge in Arizona over the “ethically conflicted trial of Sheriff Arpaio” is an apparent reference to the fact that Judge G. Murray Snow issued a ruling in May that found the controversial anti-immigrant lawman in contempt of court.

This is not the first time Klayman has sounded the alarm that the president is foreign agent hostile to the nation; he once petitioned to have Obama deported on the basis that he was an “illegal alien.”