Leaders from Scotland, N. Ireland Call for Referendums of Their Own to Leave the UK

Leaders from Scotland, N. Ireland Call for Referendums of Their Own to Leave the UK 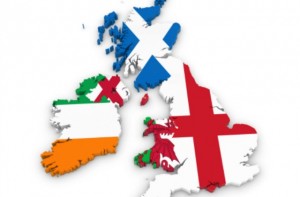 The Brexit won a surprising victory last night, but both Scotland and Northern Ireland voted for the UK to remain in the European Union.

And now that they are being dragged out of the EU, leaders in both nations are calling for referendums of their own to leave the UK.

Nicola Sturgeon is the First Minister of Scotland––the head of the Scottish government––and she released a statement saying, “As things stand, Scotland faces the prospect of being taken out of the EU against our will. I regard that as democratically unacceptable.”

She did clarify that in the meantime, “the Scottish government must be fully and directly involved in any and all decisions about the next steps that the UK government intends to take.”

The Republic of Ireland is still in the EU, and as McGuinness explains, that presents a problem:

The British government now has no democratic mandate to represent the views of the North in any future negotiations with the European Union and I do believe that there is a democratic imperative for a ‘border poll’ to be held.

We are now in unchartered waters, nobody really knows what is going to happen. The implications for all of us on the island of Ireland are absolutely massive. This could have very profound implications for our economy (in Northern Ireland).

The Sinn Fein political party is pushing a unity referendum, but UK leaders and the Irish prime minister have already rejected the idea that it should happen, claiming there’s insufficient indication the people favor such a move.