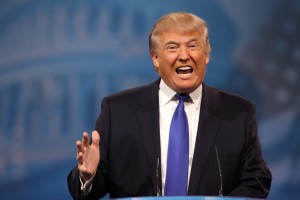 The May FEC campaign finance numbers are out, and they are not good for Donald Trump.

The Trump campaign began May with $2.41 million in cash on hand, and they went into June with only $1.29 million on hand.

Oh, and during that month-long period, Trump loaned his own campaign $2.2 million.

If you’re looking for some perspective here…:

For those wondering “what does $1.3 million in the bank mean?”
Answer: it’s the equivalent of a House member w/ a semi-competitive seat.

Presidential campaigns with more cash on hand than Trump on May 31:

Trump has less cash-on-hand https://t.co/YhvCyXJnhm than the average apartment price in Manhattan https://t.co/kn1lsGk7Us

Now, Trump proudly declared throughout the primary process that he was self-funding his campaign (even if he kinda wasn’t), but he indicated last month (during the above low cash flow) that he won’t be completely self-funding.

Now, did the Trump campaign anticipate a problem here when the numbers came out? Well, it’s not like they just fired anyone who might have been responsible for managing the campaign…