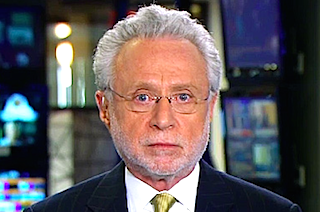 Earlier today, The Intercept’s Jana Winter (formerly of Fox News) reported details from an FBI bulletin that revealed threats made to a U.S. news organization by the same Guardians of Peace group that previously committed the major cyber-attack on Sony Pictures. Now, Matthew Keys (former of Reuters) has identified the outlet as CNN.

According to a cached version of Pastebin.com, where other messages from the hackers have been posted, the “GOP” sent this taunting message to CNN on December 20th, including what appears to be a coy reference to anchor Wolf Blitzer:

The result of investigation by CNN is so excellent that you might have seen what we were doing with your own eyes.
We congratulate you success.
CNN is the BEST in the world.

You will find the gift for CNN at the following address.

The YouTube link goes to this exceptionally silly “You’re an idiot” animated video:

In its December 24 bulletin, the FBI refers to the “news media organization” as USPER2 and says the threat “may extend to other such organizations in the near future.”

But if the since-deleted Pastebin message is legitimate, it appears the hackers could make CNN, which has spent more time than the other cable news networks covering the Sony story, their next target.

UPDATE — 4:40 p.m. ET: A man named David Garrett, Jr. has taken credit for posting the threats against CNN on Pastebin, saying it was all meant to be a “joke.” Read more here.