Sony’s Amy Pascal Responds to Sharpton: ‘I Know I Screwed Up’ 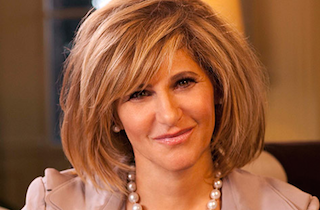 Hours after Rev. Al Sharpton released a statement comparing her to disgraced L.A. Clippers owner Donald Sterling, Sony Pictures co-chair Amy Pascal revealed in a Q&A interview with Deadline’s Mike Fleming, Jr. that she has spoken to Sharpton on the phone, saying, “I know I screwed up.”

Sharpton’s condemnation of Pascal came after an email exchange between the Sony exec and movie producer Scott Rudin leaked as part of the larger cyber-attack on Sony Pictures from a possibly-North Korean-connected group. In the conversation, Pascal and Rudin joked about the types of movies President Barack Obama likes, with clear racial overtones.

“I’m so disappointed in myself, that I ever would have had such a lapse in my thinking,” Pascal said in her first public comments aside from a short apology statement earlier today, adding that she doesn’t want her 30 year career defined by these leaked emails.

Asked if she has apologized directly to the president, she said, “I don’t know Barack Obama. I worked really hard for him in both of his campaigns. I am inspired by him. I…I’m embarrassed, deeply.”

She did however speak to Sharpton on the phone. “I know I screwed up,” she said. “So I called him and we spoke. And we are going to try to use this as an opportunity to make things better.”

There has been much suspicion that the hack was retribution for the portrayal of Kim Jong-un’s North Korean regime in the Sony film The Interview, which is having its Los Angeles premiere tonight (with no press access allowed for journalists). Another email conversation that leaked includes writer/director Seth Rogen’s accusations that Pascal and Sony were trying to “make North Koreans happy” by censoring the film.

But in her interview with Deadline, Pascal insisted that the studio never wavered on its dedication to the project. “No one will tell us what movies to release, ever. Nobody should be able to intimidate a company to not to do its business,” she said, adding that she’s “completely confident in it, and determined to release the movie.”

“We wanted to make sure that everything in the movie was respectful, but the truth is, it’s a comedy,” Pascal explained. “It’s meant to be entertainment, and that’s what it is.”

Read the full interview at deadline.com.