Protesters have been out in the streets of New York for a while now protesting police use of excessive force and chanting things like “No justice, no peace! No racist police!” Well, in response, some NYPD supporters are promoting a pro-cop rally being held a week from Friday with the hashtag #ThankYouNYPD.

Here’s the graphic they’ve created for the event: 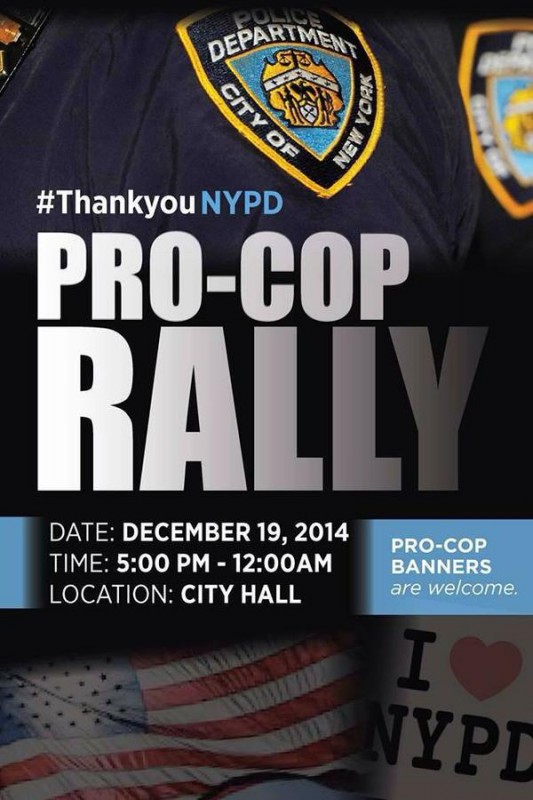 There’s a Facebook page for the group organizing the rally with people expressing their positive feelings about the NYPD.

As for that #ThankYouNYPD hashtag, well, let’s just say that it ended up having the opposite effect its creators intended:

#ThankYouNYPD for enforcing our newly-instated death penalty for the sale of cigarettes! You're saving our lungs! pic.twitter.com/Vqu0Q7V0AM

#ThankyouNYPD for arresting my husband because he fit description, disappearing him 4 12 hours while our daughter cried herself 2 sleep

#ThankyouNYPD for keeping scared white folks and their pets safe

#thankyouNYPD for being the single most polarizing terrorist organization on the east coast. We appreciate knowing we grow them here.

#ThankYouNYPD for helping spark off an insurrection; otherwise I might have been bored during unemployment. So glad I have something to do.

#ThankYouNYPD for giving all my friends protesting the murder of #EricGarner a place to stay overnight rent-free. Handcuffs seemed excessive

#ThankYouNYPD for sleeping on train with accessible firearm – photo: pic.twitter.com/TaExsXc9Hg

This may not go well.