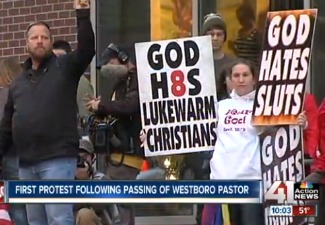 The Westboro Baptist Church has protested at the funerals of fallen servicemembers holding signs that read, “Thank God for dead soldiers,” so it’s hard to look at them and not be overcome with blind, unreasoning rage. But Fred Phelps, the head of the church, passed away recently, and when the WBC went to protest a concert in Missouri this week, they were greeted by counter-protestors who knew it’s best not to counter aggression with aggression.

This time the WBC was protesting a Lorde concert, and they held up all the usual signs about God hating and punishing sinners blah blah blah. But wherever the Westboro herd goes, counter-protestors are bound to appear too, and their signs gave off nothing but positive sentiment. 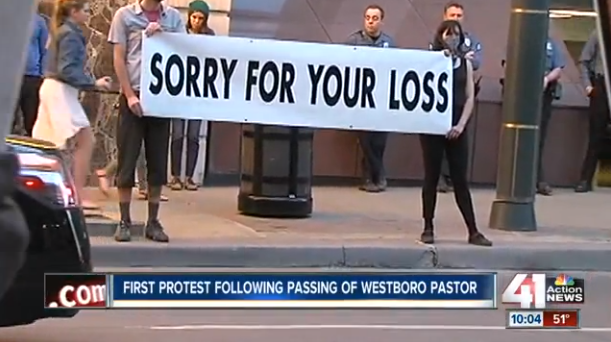 One of the counter-protestors explained, “We realized that it wasn’t so much about antagonizing them, but sending out the countered safe that we are here for people who need that message and need some positivity.” One WBC member, however, was just utterly confused by why they would have that sign in the first place (either because he didn’t figure out it was to do with Phelps’ death or the Westboro Baptist Church is truly confused by any emotional response that isn’t blind hatred). 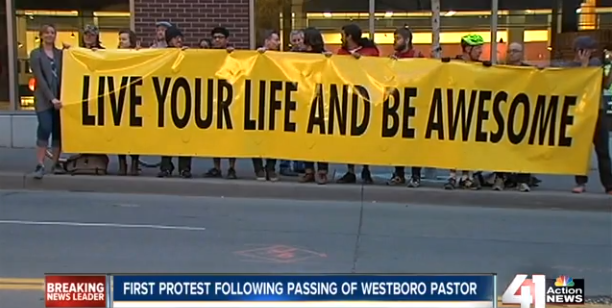 Watch the video below, via KSHB: