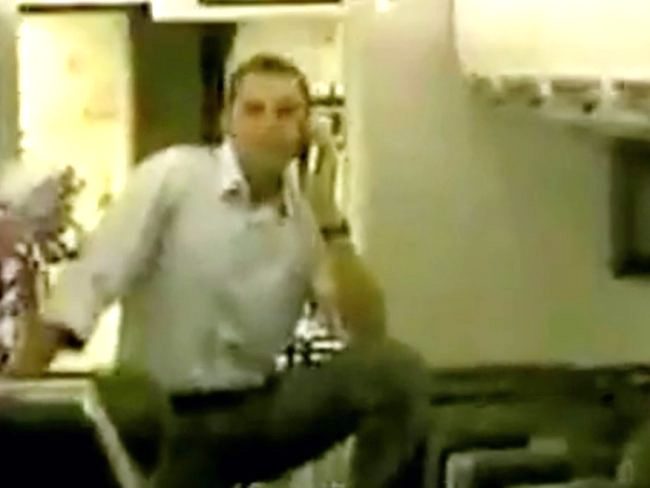 Maybe by now you’ve seen the following video (or at least the headline that goes with it):

The minute I saw that headline, I thought of this:

Every few months or so, my Facebook newsfeed is electrified by people who are just discovering the treasure trove of blog posts insisting that the minister in Disney’s The Little Mermaid tents his pants while he officiates the wedding between Ursula and Prince Eric. The people sharing this urban legend have got to be so bored to find amusement in that, let alone believe it, but it’s the people writing it who catch my attention the most. They’re usually college kids who are trying to rack up bylines by writing for the “community” section of big-name blogs. (There’s no shame there! Been there, done that!) Of course they’re going to latch onto salacious stuff that capitalizes on the Millennial obsession with premature nostalgia. It gets shares and clicks and could result in their piece getting moved onto the homepage of the real site.

While there’s no shame in a Millennial trying to make a career out of the table scraps that are thrown to the unfortunate j-school graduates of this day and age, there is something sort of embarrassing about established adults trafficking in this type of trash; grown-ups should try to think on a level above that of the average 20-year-old blogger. Somehow, though, the framework is the same in both posts: They found something dubious that could be scandalous. They typed up an emotional, anger-stoking post on some blog. Bored people who don’t know much about movie production or illustration — or, in this case, presidential campaigning and journalism — shared it with abandon. The person who wrote it felt smug, in spite of knowing they just sold nothing more than nonsense to the general public.

Yes, yes, it’s understandable that this happened. People are very, very basic. Sex sells. The outline of possible erections sells. At our core, we are all impulse-driven sex robots programmed to reproduce. Fine.

What makes humans different from other sex robots like rabbits or dogs, though, is that we can work past our phallic focus — or “dixation,” as I call it — using our ability to reason and function logically. We don’t actually have to fall for juvenile tricks. We could rise above it all if we tried.

I hear you now, shrieking at your iPad: “B-b-but Lindsey! If you think crass headlines about dicks are so cheap, why are you so scandalized by Donald Trump getting caught on a hot mic talking about grabbing women by the pussy?”

The “Obama flaunted his pee-pee!” story relies on a false equivalency to Trump’s 2005 remarks, too. The article accompanying the video — which, again, shows no erections — begins “As Donald Trump weathers a storm of controversy over randy comments…”

If Obama were truly flaunting his arousal in front of a bunch of female journalists, it, too, would be disgusting and worthy of outrage. What we have here, however, is actual footage of the entire scene. The journalists are laughing and telling one another to sit down, but there is no indication that anything vaguely inappropriate or sexual is happening.

With Trump’s comments, there is enough evidence that he said something truly abhorrent and wrong without the benefit of visual aid. With Obama’s “erection” video, there is bountiful evidence to the contrary.

Oh, and with The Little Mermaid, anyone who isn’t specifically looking for a cartoon boner could easily see that what they’re looking at is a knee. If you can watch that scene and see something R-rated, the problem is you. Grow up.