These Are the 5 Least Trusted News Sources Across Ideological Lines

These Are the 5 Least Trusted News Sources Across Ideological Lines 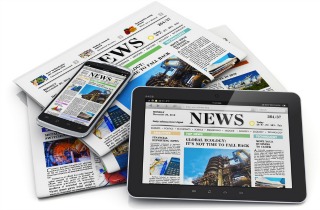 The Pew Research Center is out Tuesday with an exhaustive study on how news sources are evaluated across the ideological spectrum, ranging from “consistently liberal” to “consistently conservative.”

One part of the study ranks the degree to which a sample of TV, radio and internet news sources are trusted. The only outlet that is more trusted than not by each ideological group is the Wall Street Journal.

Here are the five sources that were seen as least trustworthy by a majority of ideological groups, starting with the one seen as most untrustworthy:

Only the consistently conservative evaluated Limbaugh as “more trusted than distrusted.” Moderate conservatives were so-so on the show. Every other group said they are more distrustful of Limbaugh than not.

Beck’s show is seen as a little more trustworthy among moderate conservatives than Limbaugh’s. The two shows were evaluated the same in terms of trustworthiness by all other groups.

The Qatar government-funded network appears to still suffer from a credibility problem. In terms of trustworthiness across ideological lines, it mirrors The Ed Schultz Show. 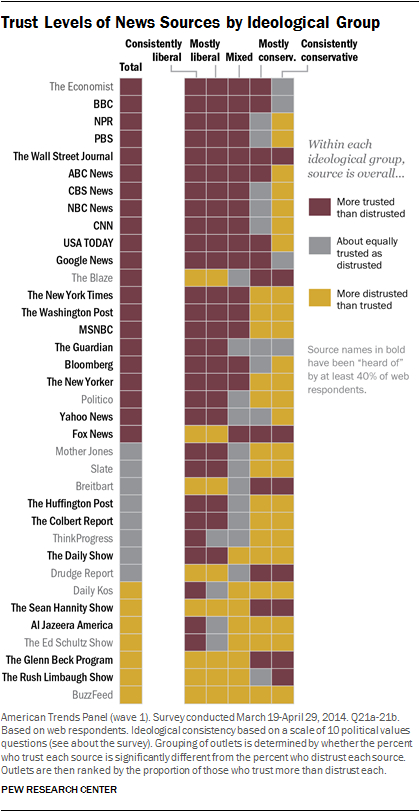