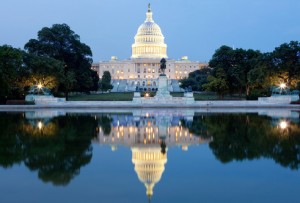 The media ego-stroking hit a fever pitch of sorts this past week with a whole new debate about the culture of “this town,” the mildly pejorative phrase for D.C. kick-started by Mark Leibovich’s book of the same name. It’s inspired a wave of debate rather similar to the similarly god-awful snark v. smarm debate a few weeks ago that gave everyone on Twitter remotely interested in journalism a hard-on like you wouldn’t believe.

Here’s a quick recap: One Kentucky reporter wrote about his time in D.C. and how it was only after he left the district that he started to realize just how corruptive the city’s culture is to the mindset of all those who dare imbibe it. It won some praise from plenty on Twitter, including some of the very journalists Youngman was talking about, and so, naturally, it also garnered quite a lot of backlash from journalists who don’t think there’s anything wrong with D.C. culture as it is.

Now I ask you, which is worse: The amount of ego-stroking it takes to say, “This town is just awful and if you want to be a good journalist, you have to step outside it like I did”; or, to retort, “This town isn’t the problem and the people here are good and kind and decent and awesome”?

I would be inclined to frown upon the latter more, because I despise D.C. “culture” as much as the next human being with a pulse, but it takes a special kind of arrogance to stand up on a soapbox and cry, “ATTENTION CITIZENS: I AM ABOVE THE PETTINESS! I AND I ALONE! YOU’RE WELCOME!”

And that’s exactly what Sam Youngman did in POLITICO Magazine. (By the way, please take note of the hilarious irony of someone moaning about DC culture in POLITICO magazine.) Like some crotchety old man waxing nostalgic for the days of non-threatening music and ladies with beehive hair, he laments how journalists are always arguing on Twitter or gossiping about Game of Thrones or reporting on some stupid squabbling between political campaigns.

The 140-character slap-fight you’re in the middle of with another reporter who has never worked for minimum wage is eating up time that I’m begging you to use trying to win back credibility with a country that desperately needs us to spend more time listening and less time talking.

You might have to look it up, but find humility.

Because Youngman has clearly found humility; the kind of humility that involves hectoring everyone else about why they need to be more humble like him.

When I returned from my 28 days in rehab, in January 2010, it was harder to ignore the near criminal disconnect between Washington and the rest of the country, especially in an industry that has turned neighbors against each other while its instigators clock out and meet for a beer together, skilled actors who in many cases spend the day feigning hatred for each other on camera but are actually bound by their shared nihilism and reckless self-absorption. In Washington, a divided America is good for business.

And look, I agree with some of the points Youngman makes, but his condemnation of D.C. culture just oozes of condescension of the highest order.

On the other hand, POLITICO’s own Jonathan Allen penned a defense of “this town” that was equally haughty. He takes great offense to what he presumes is a dig Youngman takes at how “fake” Washington journalists supposedly are.

Presumably, that contrasts with the Washington body-snatcher journalists who spend their days plotting to do the worst for themselves, their readers and the families they would have if they didn’t harbor an aversion to marriage and procreation that is apparently peculiar to the Washington metropolitan area.

If anything, Sam identifies the very characteristics that most unite Washingtonians with their fellow Americans. We work hard, we have limited resources and we like to spend time with our kids. Federal workers—I’m married to one—have been through a shutdown and furloughs in the past year. “In Washington,” he writes, “a divided America is good for business.” But it is Youngman and his ilk who seek to turn the rest of the country against its capital for power, fortune or fame.

Allow me to paraphrase:

The Washington Post’s White House correspondent Juliet Eilperin also jumped in the fray, engaging in the same kind of self-congratulation for being engrained in the D.C. culture that Youngman does for being outside it. Eilperin celebrates the kind of journalism you’re able to do in “this town,” and concludes her editorial with the sentence “Being from Washington is part of what’s right with me.”

Are you kidding me with this?

Let me spell this out very plainly for people still engrossed in this debate: the problem with political journalism never had anything to do with “this town.” In the pantheon of issues people have with journalists these days, no one gives a crap about where you do your reporting from.

I’m not going to crankily whine that you all need to stop tweeting so damn much or stop being on cable news so damn much. I’m just trying to say there are more important journalistic problems, like getting sucked into the vortex of any day’s given media narrative and not asking tough questions of people you’re supposed to be holding to account. *cough60Minutescough*

And guess what: this happens whether or not your current location at that particular moment happens to be in Washington D.C.