Teen Who Wants To Debate Michele Bachmann Is Receiving Threats 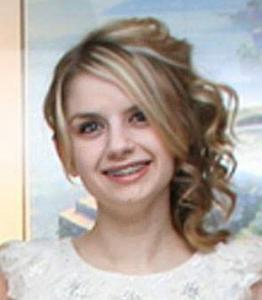 Ah, the internet. You may be aware that, late last month, a New Jersey high school student named Ann Myers challenged Michele Bachmann to a debate on the Constitution. Snarky move? Sure. But not exactly reason to threaten or call the young girl names like “whore,” as some anonymous online commenters have evidently chosen to do.

Cherry Hill police say such online trolling is usually all talk and no action, despite Myer’s father’s concern for his daughter’s safety.

There is, obviously, no excuse for threatening a teenager (or an adult, for that matter) online, or for doling out insults or ad hominem attacks on a complete stranger simply because you disagree with her message or actions. But the internet can (surprise!) be a total cesspool, and for this reason, people in general (and parents of minors in particular) should proceed with extreme caution and with an awareness of context. If your child somehow happens to gain some level of notoriety and, thus, online attention, take it from someone who has been working online for a while now: Don’t let ’em read comments. And teach your kids not to engage with trolls. Disgusting attacks will continue on the internet, particularly where young women are concerned (See: Black, Rebecca), so it’s best for parents and their children to guard themselves against such attacks and to deal with them in a productive manner.

Bachmann, for her part, has not responded to Myer’s request for a debate, and her people have stated that she has no plans to.