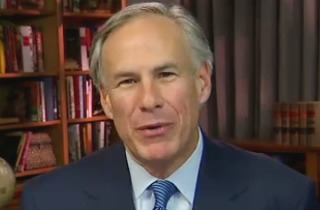 The Dallas Cowboys’ overtime loss to the New Orleans Saints irritated Texas Gov. Greg Abbott so much, he decided to compare the former’s lack of defense to his state’s “porous” southern border with Mexico.

Abbott spent much of Sunday tweeting about Texas’ professional sports teams, including the Rangers and the Astros’ success in making the MLB playoffs. But it was when the governor turned his attention to the football game later that night that he decided to express his opinion about the Cowboys’ defense (or lack thereof):

@GregAbbott_TX @cowboy I guess you would know about the porous border. Wasn’t that a campaign promise? — alexhogan (@iconslinger) October 5, 2015

@GregAbbott_TX @cowboy Spoken like a true proud governor of his state.

@GregAbbott_TX @cowboy LOL, I think that’s Obama’s job. Add that to the list of things he’s screwing up. GO COWBOYS!

.@GregAbbott_TX @cowboy yet not as porous as your heart is towards innocent immigrant children. — b (@itss_me_b) October 5, 2015

@GregAbbott_TX @trianglesides @cowboy they did a great job all night until OT. Stick to politics, not sports.

@GregAbbott_TX @cowboy 1st am I the only one who noticed he tweeted this to a bass player! 2nd He should really watch the Texans sometime. — Rusty Gustafson (@hookemrusgus) October 5, 2015