The Ad Hoc Presidency vs. the Constitution 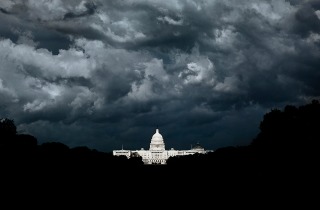 Lawlessness. It’s not a pleasant word. While it is an accurate description of how this White House has conducted itself, the word offends the sensibilities of both the president’s supporters and the civility crowd. So let’s abstain from using that word. Instead, let’s settle on discussing the ad hoc way in which president views his responsibility to faithfully execute the laws duly passed by a legitimate and coequal legislature.

Late Thursday night, less than a week before the Christmas holiday, the administration unilaterally delayed a Supreme Court-approved tax for a group of people deemed by unelected officials to be special. It is a violation of law. It may very well violate the equal protection clause in the 14th Amendment. It will create chaos in the insurance industry. It is, as has been widely reported, a maneuver of service to the president’s political goal of ensuring nervous Democrats in the Senate are placated.

Of course, Republicans are objecting to the move. But their objections are being dismissed as a reflexive response to a president they oppose merely attempting to make a law they abhor more stable. Is this a fair accusation? Of course not. Republicans object mightily to the Affordable Care Act, but they are demanding it be enforced by the executive as written because this is his constitutional mandate. That’s called consistency.

This is not a unique instance on the part of Republicans. The GOP does object to the implementation of the ACA, preferring it be delayed or repealed altogether, but the party’s grassroots voters and its members in Congress also objected when the president unilaterally declared through executive action that he would refuse to enforce immigration law for young undocumented citizens and the children of illegal immigrants. Republicans railed against the executive appealing to dubious authority to avoid enforcing existing immigration law. That’s called consistency.

And when the Department of Justice, at the direction of the White House, declared that it would no longer enforce the Defense of Marriage Act, Republicans objected, too. Here, the substance of the law was in question. Many Republicans supported the provision signed into law under Bill Clinton, but many also viewed the law as discriminatory – a view supported by a majority of Supreme Court justices who struck down the law in June. Regardless of how most conservatives felt about the legitimacy of DOMA, they objected to the DOJ simply casting aside its obligation to enforce the laws passed by Congress. That is called consistency.

Contrast this behavior with the White House which appears to view the legislature as an institution devised to ratify the will of the executive or be ignored. President Barack Obama and his supporters profess fealty to the Constitution but view its dictates as mere guidelines which can be abandoned if they impede the fleeting political imperative of the moment. But we dare not call this lawlessness. That term might offend.

A crisis is brewing. It is one of the president’s own making. Given their consistency, Republicans are likely to take the side of the Constitution. They will certainly welcome allies who share their conviction that the nation’s founding document is worth respecting.