The Age Of Outrage In Politics And Media

The Age Of Outrage In Politics And Media 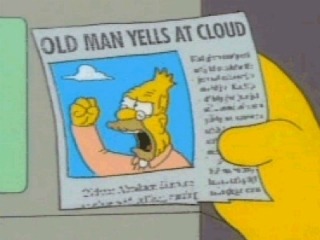 Anyone with a passing familiarity of 1) political primaries and 2) The Media™ understands that voters and viewers are quick to grasp at an opportunity to display righteous indignation. The more righteous and indignant, the better. But as we are flung, screaming, into the 1,672nd month of the 2012 primary race, we are seeing that indignation — so smug, so elegant, so necessary in scoring political points — give way to outrage. And a special sort of outrage at that. It comes in short, powerful bursts, quick to disappear, but leaving an indelible mark, like an illegal firecracker blowing off a neighbor child’s thumb on a balmy summer night.

So let’s walk, hand in hand, down that winding path of recent history. It’s a very short path, but it is one littered with many obstacles. Like sluts, and also dog meat:

March indeed roared in like a lion, a lion with a propensity for making sensational, overblown and often controversial comments on his radio show. Radio host Rush Limbaugh referred to Georgetown student Sandra Fluke as a “slut” and a “prostitute” following her testimony on contraception and women’s health, also suggesting that Fluke and her female classmates post footage of themselves having sex while on birth control to make it all “worth” taxpayers’ money.

The move was a gift to the cable news media and the political figures it casts in its never ending soap opera, propelling discussion on contraception, women’s health and the role — and limitations — of government into the limelight the “War on Women” into the limelight. Limbaugh’s comments were not the rants of a man with a product to sell (himself, ironically), but the GOP’s official anti-woman manifesto, spouted off by the “Leader of the Republican Party” himself.

And outrage, as we all know too well, is like potato chips or popcorn or hits of black tar heroin. You can never have just a little bit.

Half-drunk on their rage and thirsty for more, pundits and politicians alike climbed over one another in denouncing whatever there was to be denounced, splitting the discussion into two neat, perfectly opposing halves. Many pointed to HBO’s Bill Maher, asking whither the angry, pitchfork-wielding mobs at his cave dwelling. And here, then, was a gift for the other side, for Maher — a man fond of referring to women as genitalia — had recently given a massive contribution to a Super PAC in support of re-electing Barack Obama.

And while talk of sluts and cunts has died down, it left its mark in the form of the ongoing discussion on the “War on Women.”

Mitt Romney is like fruit cake. It can often be a great choice, but it’s not exactly everyone’s favorite dessert, especially when one can choose black walnut ice cream or other delightful treats instead. Ann Romney, then, is like the scoop of delicious gelato served alongside your slice of fruit cake — sweet, refined, palatable, and always a welcome addition.

RELATED: Ann Romney, The Republican’s Secret Weapon, Has Been Activated

CNN contributor and Democratic strategist Hillary Rosen? She’s the ice cream scoop that serves up a nice big helping of that gelato. (Perfect metaphor. Best metaphor? Best metaphor! You’re welcome, everyone.) Her remark about Ms. Romney having “never worked a day in her life” was custom-made for the primary season, because it reduced a conversation about something so super boring blegh who cares yuck, like the economy and Romney’s record, to a nice little sound bite that could be repackaged and reinterpreted in a number of ways depending on what one stands to gain or lose from it.

Musician and activist Ted Nugent recently called President Obama “vile” and “evil,” adding that “[w]e need to ride into that battlefield and chop [Democrats’] heads off in November” and that he, Nugent, would be either be “dead or in jail” by this time next year, should Obama be re-elected.

It was an outrageous statement to have made and, thus, the public responded with outrage. And then immediately wondered whether Romney — the candidate who had previously sought out the musician’s endorsement — might also believe that we should all take up our axes and cleavers and decapitate Democrats for fun and profit. The answer, by the way, is “no.” An outraged no.

Mitt Romney once tied the family dog, Seamus, to the roof of the car in his dog carrier. It was likely not the best thing to have done given that cars tend to go relatively fast and dogs tend to abide by the law of gravity. As such, this anecdote has been rather gleefully referenced by Romney’s foes on the right and left alike, including David Axelrod, Rachel Maddow, Rick Santorum and Newt Gingrich.

Despite pundits’ and politicians’ fascination with the story, however, it turns out that voters don’t actually give a single runny dog turd about the whole thing. (Related: Ew.)

But! We do care about the fact that the President sampled dog meat as a child, because 1) no, not Sparky! and 2) it gives everyone a chance to be outraged by the back-and-forth that has ensued from two camps hurling unpleasant dog stories at one another in an attempt to paint two likely opponents as dog-mauling pet abusers. The narrative affords us a chance to be angry, and our anger, in turn, creates a continuing narrative. It’s like a Goosebumps choose-your-own-adventure where every possible ending involves crafting the perfect dog pun in 140 characters or less while quietly fighting off the suspicion that we’re all just contributing to a world where, eventually, a cable newscaster will spend an entire broadcast yelling the words “dog shit!” before disemboweling a prostitute on live television for your horrortainment.

TL;DR (that’s “too long, didn’t read” for those of you who don’t live on the internet) version:

Speaker John Boehner recently told Charlie Rose that the focus of this year’s election will be on the economy. He is only partially correct. While the economy will indeed be — and has long been — the topic at the forefront of voters’ minds, what people want as voters is often very different from what they want as viewers. And as viewers, we want, and are thus given, sluts, dog meat, bombastic and overblown war references, and the guy who gave us “Cat Scratch Fever.”

And perhaps this is because stories on the economy don’t make for the most visually stimulating news segments, sure. But this can also because it’s more palatable to be outraged — a temporary, communal and cathartic state — than to look into one’s bank account, loan debt, crumpled resumes, growing children or aging parents and feel something with a less defined end point, something lonely, something that weighs heavy and cumbersome in the pit of your gut: Fear.