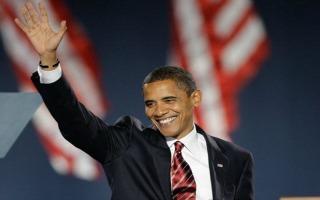 The Financial Times, a U.K.-based paper, endorsed Barack Obama in the 2008 United States presidential election. This year, they have opted to renew their expression of faith in the president and have endorsed Obama again.

“Obama is the wiser bet for crisis-hit US,” The Financial Times headline reads. FT makes it clear in the editorial that they do not have confidence in Mitt Romney to predictably execute a clear agenda because he has not been forthcoming about what he wishes to accomplish in the White House. What he has been clear about, in particular his plan to cut taxes across the board, the editorial claims will not accelerate the economic recovery:

The more serious objection to Mr Romney is that he has gone through so many contortions to win his party’s nomination that it is hard to see how he would govern in practice. His wish list includes an aspiration to raise Pentagon spending by a fifth while cutting everyone’s taxes and still somehow balancing the books. Such fiscal alchemy is an exercise in evasion, not a recipe for sustainable economic recovery.

Finally, FT declares that Obama’s response to Hurricane Sandy shows that the federal government is a necessary aspect of American lives, and Obama understands the relationship between the government and the governed better than Romney:

As in his response to hurricane Sandy, Mr. Obama has shown that purposeful government can be part of the solution rather than the problem. Four years on from the financial crisis, with extreme inequality an affront to the American dream, there remains a need for intelligent, reformist governance. Mr Obama, his presidency defined by the economic crisis, looks the better choice.

Read the full endorsement via The Financial Times