The Gawker Decade: How Gawker Media Defined The 2000s
the aughts

The Gawker Decade: How Gawker Media Defined The 2000s 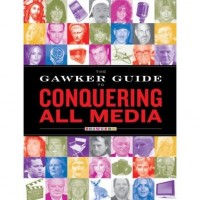 “Thus, regular readers of a Hearst paper would find other newspapers insipid, destitute of the racy detail to which they were accustomed. Conversely, a reader of the sedate New York Times, on turning to a Hearst sheet, would be apt to shudder at the discovery of a frantic world he had not dreamed existed.”

As you may have heard, Gawker was recently named the
blog of the decade by Adweek. Three other Gawker Media blogs, Gizmodo, Deadspin, and Lifehacker, were finalists. Adweek noted that Gawker itself was only number seven among Gawker Media properties in terms of traffic, but proclaimed it “the template for what a blog should be” — a quote eagerly snatched up by Gawker’s advertising department.

Leaving aside the question of “should,” Gawker has undeniably set the template for what the blogs of this decade aspire to be.

Gawker Media was founded in 2002. In the seven years since, its founder Nick Denton has built an empire of Hearstian scope and ambitions and forever changed the game, how it’s played — and who gets to play it. From a one-person blog written by a media outsider from Wetumpka, Alabama — you may now know her as consummate media insider Elizabeth Spiers — Denton built an empire on the backs of scrappy outsiders throwing spitballs at the big dogs and taking them down a few pegs, for the sake of the minions toiling below.

Eventually, this expanded to a stable of niche blogs run by ballsy, initially no-name young writers taking the same skeptical, ironic tone, covering a beat with an eye for finding the gossip behind the photo ops and the juice behind the press releases. 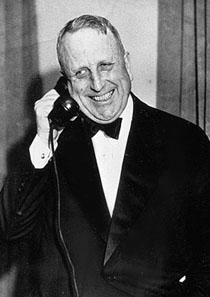 But back to Nick Denton, the man who started it all.

The Denton-Hearst analogy is not a new one. In 2007, Editorialiste was early to pick up on Gawker’s trend towards breaking original stories over aggregating old ones, and foresaw its shift towards a new “digital yellow journalism:”

Gawker Media sites would become more like MSM — original content and aggregated content when needed (like the AP, but without paying for it). But this is a whole new brand of journalism, effectively digital yellow journalism: Original opinion mixed with original stories.

On this kind of path, Nick Denton would be the next William Randolph Hearst, the next Joseph Pulitzer, the next Rupert Murdoch — a man with an army of niche publications tweaked for the popular masses.

On his own blog, Denton obliquely compared himself to Hearst, and Gawker to past revolutions in media. “For many New York writers, Gawker is a proxy for this harsh and competitive new world, because the gossip site covers the death agonies of Manhattan’s old-line media industry, without much respect for the club’s cosy rules … I presume Hearst missed a few Manhattan dinner parties. He survived.”

(N.B.: Denton does not lack for invitations amongst Manhattan’s media partygoers.)

But: to be the William Randolph Hearst of the 21st century, it’s not enough to wear “especially dazzling cravats” and build a castle; one has to innovate. How has Gawker transformed media, for better and for worse?

Given old media’s increasing reliance on uncritically swallowed press releases and soundbites, this was badly needed.

To their credit, they anticipated the trend towards micro-celebrities by treating these small fry the same way they treated Paris Hilton. In the process, they made a few stars of their own (cf. Julia Allison). But destroying private life is the single worst thing Gawker has done.

Critiques aside, the 2000s has been Gawker’s decade in media. But will they be able to hold onto the next?

>>>NEXT PAGE: The Next Gawker decade?