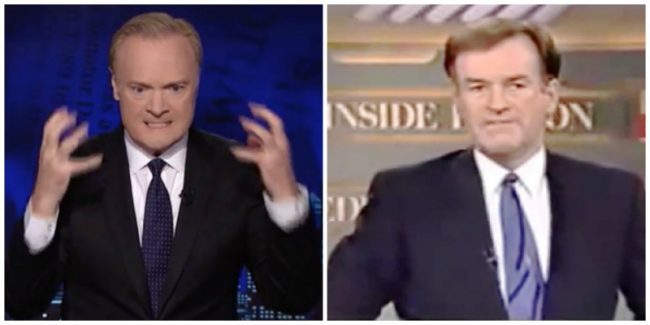 We knew you wouldn’t let us down, Internet. And, indeed, you didn’t.

The obvious point of comparison for many on Twitter was the classic outburst from Bill O’Reilly years ago on Inside Edition. David Rutz of the Washington Free Beacon evidently thought so too. And he went to town:

Well, I mashed up Lawrence O'Donnell and Bill O'Reilly because it just had to be done https://t.co/9LLxb1sOIy pic.twitter.com/eSpox7gbhI

The breakout catch phrase from the O’Donnell video appears to be “STOP THE HAMMERING!” Daily Show producer Ryan Middleton, as such, decided it was Hammer Time — and he skillfully combined footage of O’Donnell and MC Hammer: