This Exists: Russian Woman Reportedly Dies Of Heart Attack…After Waking Up At Her Own Funeral 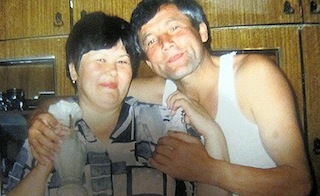 I think this is the most insane story I’ve written about on this site since the tale of the drunk Serbian man who killed a shark. That story, of course, turned out to be false so I’m going to continue checking in on this one. At this point, however, news outlets like The Sun and Fox News have picked up the bizarre story of Fagilyu Mukhametzyanov, a Russian woman who died…at her own funeral.

According to the stories, Mukhametzyanov was incorrectly declared dead at a hospital in Kazan. She woke up to find herself surrounded by mourners and being prepared for burial. This caused such a fright that she ended up having a heart attack.

From The Daily Mail:

“Devastated husband Fagili Mukhametzyanov, 51, had been told his wife had died of a heart attack after she’d collapsed at home suffering from chest pains.

Mr Mukhametzyanov said: ‘Her eyes fluttered and we immediately rushed her back to the hospital but she only lived for another 12 minutes in intensive care before she died again, this time for good.

‘I am very angry and want answers. She wasn’t dead when they said she was and they could have saved her.’

Hospital spokesman Minsalih Sahapov said: ‘We are carrying out an investigation.'”

There are a few things that don’t sit right with me here. The fact that every news story uses the exact same picture of the married couple. The fact that none of them have the name of the hospital. And, especially, the fact that I can find a news report on this in every language except Russian. However, sometimes strange things happen. Still, I hope for the (perhaps fictional) Mukhametzyanov family that this terrible event never actually happened.