Time 100 Nominees: The Usual Suspects, Plus Snooki, Bristol, and Gaga! 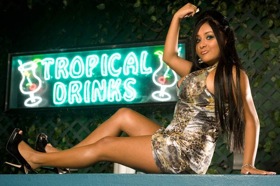 The nominees for the 2010 Time 100 are here, just a fourth of the way into the year, chronicling the most influential people in the world. If you’re a glass-half-full kind of person, it tells a tale of unprecedented social mobility in the current pop culture landscape. For the other 90% of us: Snooki?!

Much like most years, half the names are athletes/winter Olympians, while the other half is solidly divided between international human rights activists, American political folk, and generic celebrities. It is really only the celebrity list that is shocking because it reads as a sincere attempt to keep up with the times gone horribly awry. Snooki, Bristol Palin (the protagonist of 2008 reality show The 2008 Presidential Election), Lady Gaga, and Conan O’Brien are hits. It’s a sad cultural statement, but claiming that a high percentage of Americans did not spend the past two months thinking almost exclusively about the tiny, leathery MTV sensation would be lying. Jerry Seinfeld, Ben Stiller, and Kristen Wiig, though? Probably not making the final cut.

Where Time excels at finding the true puppetmasters is in their bread and butter: industries of power. They covered most of their bases in American politics: The two most powerful men in America– Barack Obama and Glenn Beck— make the cut, thankfully, as well as the most powerful women–Nancy Pelosi and Hillary Clinton– with a cabal of predictable political names behind them: Ron Paul, Rahm Emanuel, Andrew Breitbart, Rachel Maddow et al. Scott Brown makes an appearance, as well as Olympia Snowe and Tim Geithner. In technology, Steve Jobs and Bill Gates are vying for a spot, and in the “evil dictators” category, Hugo Chavez and Muammar Gaddafi are nominated.

Compiling a yearly list of the world’s most influential is not an easy task by any means, but chances are minimal effort could have kept some no longer relevant characters (hi Seinfeld!) off the list. In response to having to see those people nominated, here’s a short list of the legitimately influential people who were hurt the most by the former’s inclusion: