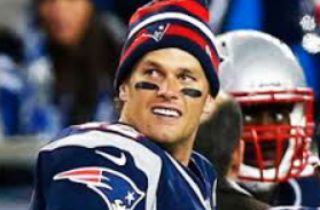 Brady has tried to appeal the decision ever since his hearing in May, where he challenged Goodell’s penalty and repeatedly said that he had no knowledge of any unfair play against the Colts. In the conclusion of his statement, Goodell cited the Wells Report and evidence presented when he said that Brady tried to hide evidence and his involvement in the controversy.

“Brady was aware of, and took steps to support‎, the actions of other team employees to deflate game footballs below the levels called for by the NFL’s Official Playing Rules,” the statement read.

According to the NFL, Brady was approached by investigators who wanted to see his cell phone and, as SportsGrid reported, there were approximately 10,000 messages they wanted to see. Even with threats of suspension, Brady’s lawyer would not allow them to see it, and Brady later destroyed his cell phone and SIM card, reports claim.

NFL attorney Ted Wells said in May that he did not think that Brady himself was the one who deflated the game balls, but insisted he was “at least generally aware” of the alleged staff involvement, and that Brady was uncooperative during the investigation. Beyond the suspension, the Patriots face $1 million fine and the loss of a 2016 first-round pick and 2017 fourth-round selection.