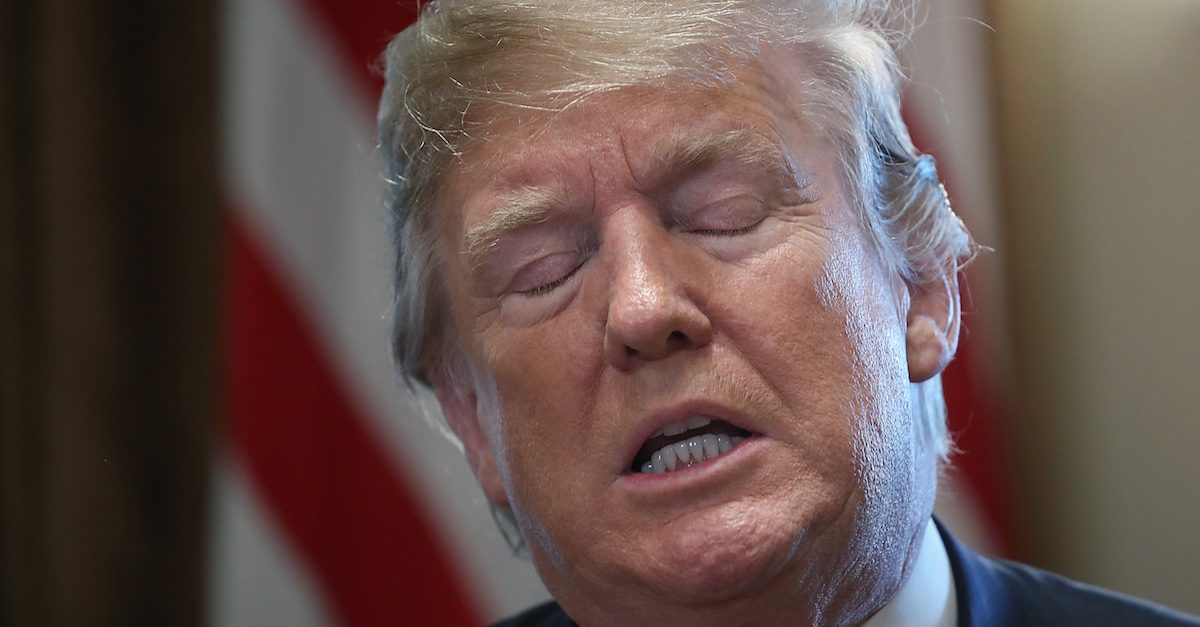 President Donald Trump wants everyone to know that Mick Mulvaney was not a last-ditch option to replace chief of staff John Kelly. Many people, Trump insisted, wanted the job.

“For the record, there were MANY people who wanted to be the White House Chief of Staff. Mick M will do a GREAT job!” Trump tweeted out.

For the record, there were MANY people who wanted to be the White House Chief of Staff. Mick M will do a GREAT job!

His tweet comes just hours after Mulvaney was named the acting chief of staff.

Trump also announced that via a pair of tweets.

I am pleased to announce that Mick Mulvaney, Director of the Office of Management & Budget, will be named Acting White House Chief of Staff, replacing General John Kelly, who has served our Country with distinction. Mick has done an outstanding job while in the Administration….

….I look forward to working with him in this new capacity as we continue to MAKE AMERICA GREAT AGAIN! John will be staying until the end of the year. He is a GREAT PATRIOT and I want to personally thank him for his service!

Yet, despite Trump’s latest Twitter revelation — possibly in response to cable news questioning why anyone would want the high-pressure White House job — Trump’s last pick actually turned down the job.

Nick Ayers also announced his decision in a tweet.

Thank you @realDonaldTrump, @VP, and my great colleagues for the honor to serve our Nation at The White House. I will be departing at the end of the year but will work with the #MAGA team to advance the cause. ?? #Georgia

At the time, Trump pushed back on the idea Ayers was actually his first pick and said he was interviewing other people.

I am in the process of interviewing some really great people for the position of White House Chief of Staff. Fake News has been saying with certainty it was Nick Ayers, a spectacular person who will always be with our #MAGA agenda. I will be making a decision soon!

The names of those people, though, never came out and prior to Mulvaney’s appointment, the only person speculated to be actively vying for the post was Trump’s own son-in-law Jared Kushner.

There are also questions about how much Mulvaney actually wanted the job since months ago he said very clearly he did not.