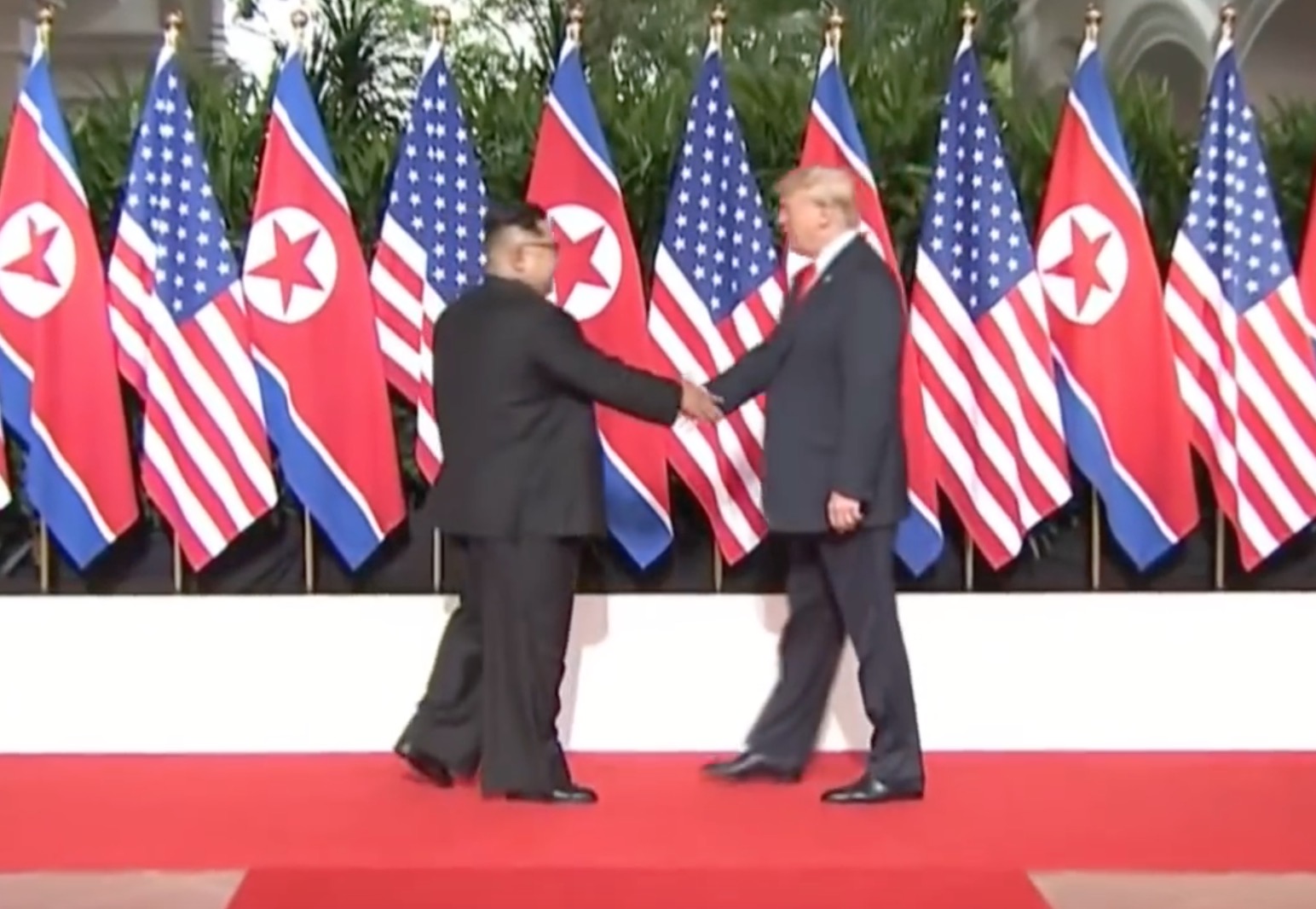 President Trump took time to celebrate last night in light of the latest news coming out of the Korean Peninsula.

South Korean President Moon Jae-in and North Korean dictator Kim Jong-Un held a joint press conference on Wednesday where it was announced that North Korea would agree to disassemble a key missile launch site while allowing for international inspections. While this is a considerable step forward in terms of denuclearization, Kim’s government hinted that they will only agree to these terms if the United States takes “reciprocal measures” in turn.

The terms of these “reciprocal measures” are not yet clear, but nonetheless, Trump is quite delighted with this news. He also seems pleased with the reports indicating that North and South Korea will pursue a joint bid in 2032 to host the Olympics together.

Kim Jong Un has agreed to allow Nuclear inspections, subject to final negotiations, and to permanently dismantle a test site and launch pad in the presence of international experts. In the meantime there will be no Rocket or Nuclear testing. Hero remains to continue being……..

….returned home to the United States. Also, North and South Korea will file a joint bid to host the 2032 Olympics. Very exciting!