Trump Tweets Review of Democratic Ad His Campaign is Suing Over, Rates it Mostly True 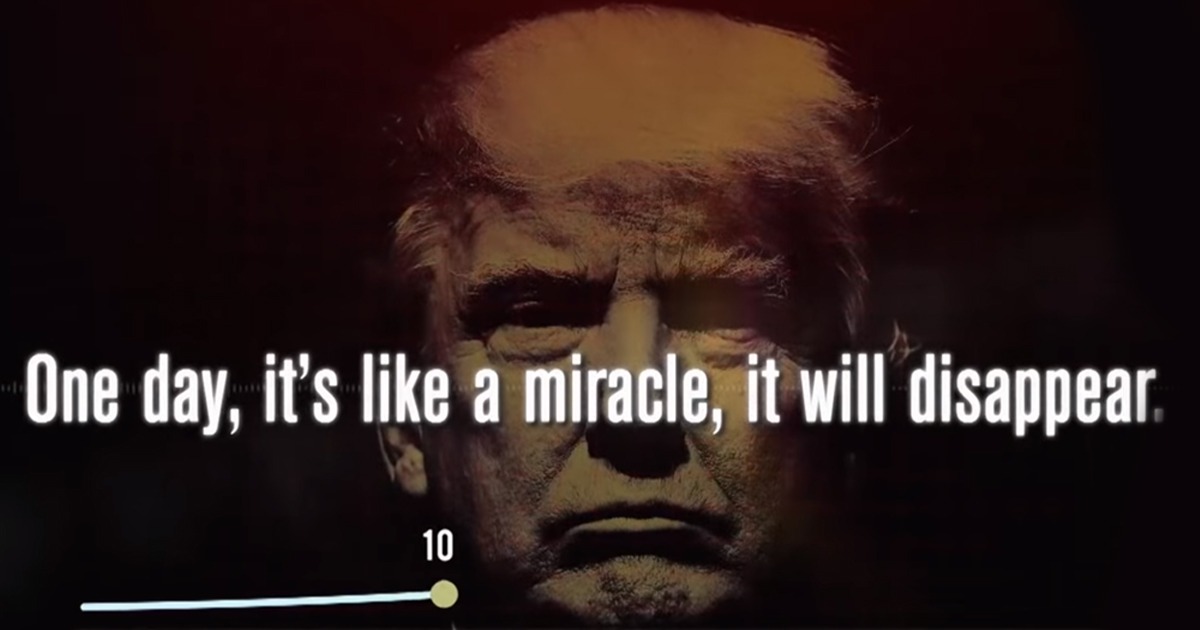 President Donald Trump reviewed an ad he attributed to “The Do Nothing Democrats” in a tweet on Saturday, calling it a Fake Ad, but then listing specific parts of the ad he presented as true.

In his tweet, Trump disputed that he ever “said that the CoronaVirus is a ‘hoax’,” saying he was referring to the way Democrats “lied about” coronavirus as the hoax.

But after that, Trump went on to say that another quote from in the ad, that the virus started with ‘one person from China’ was accurate.

And in another portion of the ad, which is from Democratic super PAC Priorities USA, the audio features Trump saying that “one day, it’s like a miracle, it will disappear.”

In his tweet, Trump also found that part of the ad to be accurate, saying “will be ‘Miracle’ end!”

The Do Nothing Democrats are spending much of their money on Fake Ads. I never said that the CoronaVirus is a “Hoax”, I said that the Democrats, and the way they lied about it, are a Hoax. Also, it did start with “one person from China”, and then grew, & will be a “Miracle” end!

The Trump campaign is suing over the ad, which you can watch below.

Titled “Exponential Threat,” the beginning of the ad features two different Trump clips back-to-back in a way that could suggest a single soundbite. First, you hear him say “The coronavirus,” and then him saying “this is their new hoax.”

It is referencing comments Trump made at a February campaign rally, in which he accused Democrats of “politicizing the coronavirus,” not specifically “lying” about it, and compared their criticisms of his response to the pandemic to what he called “the impeachment hoax,” saying “this is their new hoax.”

The campaign argues that he never said “the coronavirus is a hoax,” which is what Trump began with in his Saturday tweet.

The remainder of the soundbites, which are audio of Trump’s own words, play over dramatic music as a graphic in the background presents a timeline of the progression of the pandemic.