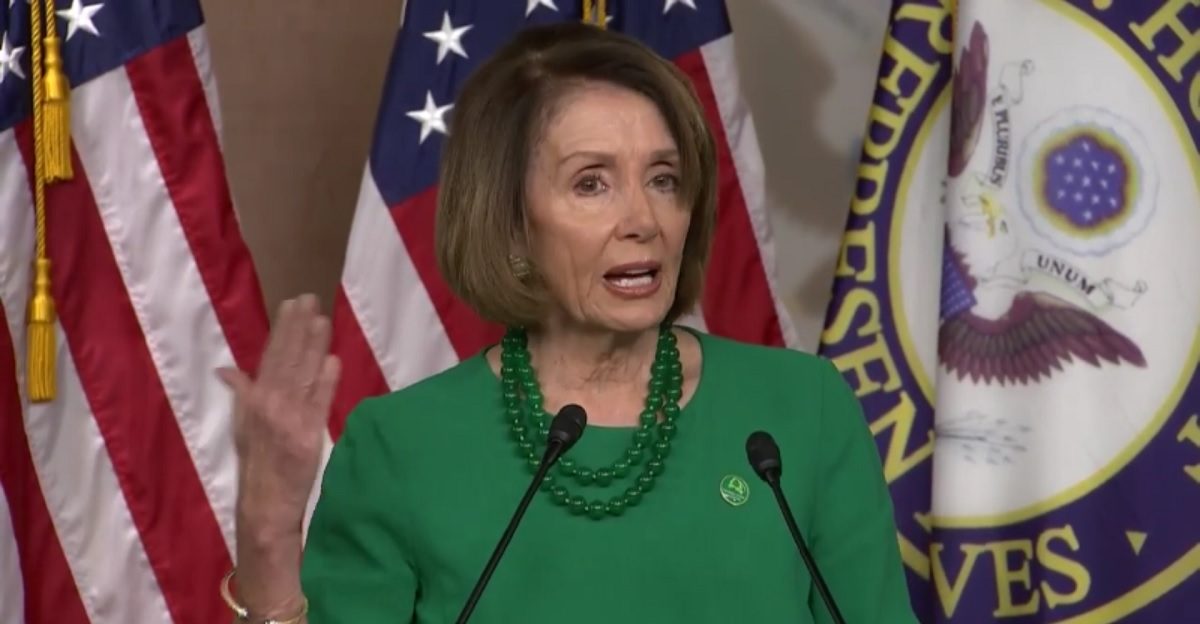 The Twitterverse is shaking its head in response to President Donald Trump‘s announcement that he’s cutting off House Speaker Nancy Pelosi just as she was set to head on a congressional trip to Europe and the Middle East.

Yesterday, the House Speaker made headlines when she sent Trump a request to postpone his State of the Union address until the government is no longer shut down over their dispute on his border wall. Thursday, White House Press Secretary Sarah Sanders released a letter saying Trump is “postponing” Pelosi’s congressional delegation to Brussels, Egypt and Afghanistan.

Trump says Pelosi can continue with her “public relations event” if she wishes, but she’ll have to fly commercial instead of taking a military aircraft typical for U.S. delegations traveling abroad. Political observers are taking swift notice of this development and are offering a plethora of responses.

Some remarked that the shutdown didn’t stopped Trump from going on his own travels abroad. This ties into questions of whether Trump will axe plans for his cabinet to travel to Davos in the coming days:

Trump traveled to Iraq, Louisiana and Texas during the shutdown. And he kept his Iraq trip secret until he landed.

Will trump allow government/military plane travel for his cabinet to go to Davos next week?

Curious to see if half the cabinet and Javanka now sticks with the plan to go to Davos https://t.co/yhhZKY2K7d

Others noted that Trump’s announcement came shortly before Pelosi’s delegation was scheduled to depart — and that he only found out about the trip Thursday morning.

Pelosi’s trip to Afghanistan had been a closely held secret due to security concerns, of course. Very few people knew she was heading there. @SteveScalise mentioned Pelosi was headed to Brussels in his presser this morning, which angered Dems.

Not only is @realDonaldTrump ‘s cancelation of @SpeakerPelosi ‘s CODEL petty, his suggestion that she fly commercial goes against protocol instituted after 9/11 at the request of the Defense Department owing to the Speaker being 2nd in the presidential line of succession. 1/

This letter reveals the secret travel plans into a war zone for one of the most high ranking officials in the US. https://t.co/Yhs4OMtkdp

DHS said it could handle security for State of the Union.

But a CODEL is a bridge too far?

And here’s a mix of snark, anger, disappointment, and everything in between:

Overgrown man-child breaks three different types of security protocols, and exposes the planned overseas travel to a warzone of the third highest member of the U.S. Government, so that he can look tough for Ann Coulter. https://t.co/7hQjLTHYeE

The “I know you are but what am I” U.S. government.

My first reaction when reading this was that it was like the fake Washington Post copies circulating yesterday. No one can be this unpresidential and petty, can they? (And then I remembered who the President was.) https://t.co/b0f6SMeQvD

Anyway, seems like we’re really close to a deal.

OH NO HE DIH ENT! pic.twitter.com/uAkDFa71Q1

Well this is going well https://t.co/QuSWTAqASW

lol we’re a failed state and the entire world knows it https://t.co/5vmISG2UPp