TrumpTV? NYC Casting Notice Goes Out For ‘Up-and-Coming Conservative News Network’
is this it? 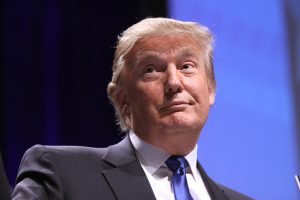 Despite claims from the Republican nominee himself, if Donald Trump loses the election and launches some form of TrumpTV or Trump News Network, it will be a secret that’s about as badly kept as John Podesta‘s email password.

Speculation in political media circles has spun for several months now about Trump’s real goals in 2016: lay the foundation for a right-of-center programming enterprise with his newly-inspired supporters nationwide. His campaign has even taken to broadcasting live streams onto Facebook in the evenings from Trump Tower in New York, a sign that many have pointed to as an indicator of his ambitions. Familiar faces with the campaign like Boris Epshteyn and Kellyanne Conway have been prominently featured, and even Tomi Lahren made an appearance.

And now, a casting notice is reportedly circulating for a “up-and-coming conservative media network currently in development” in New York City.

Fox News is reporting that auditions for on-screen talent are being held next week in an undisclosed location in Manhattan. The people who come in for auditions “must be knowledgeable about conservative viewpoints, current events and the presidential election.”

Additionally, potential applicants should “look upscale and intelligent” and be “outspoken and energetic.”

Got that? No low energy people.

There is no other identifying information to go along with the casting notice, but it reeks strongly of TrumpTV. The notice seems to indicate that programming early on will be focused on internet streaming. While it may still be a while before we know if this is TrumpTV for sure, you can check out the impressive slate of programming that Mediaite exclusively obtained last month.