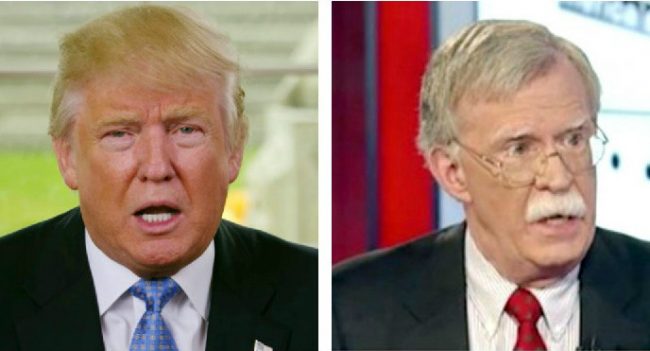 Another day, another major shake-up in the Trump administration.

And considering Bolton’s extremely hawkish stances on foreign policy and history of making warmongering remarks, his hiring was met with, should we just say, a bit of trepidation.

Here’s a sampling of what we saw on Twitter immediately:

Trump ran hard against foreign interventions – but he ultimately supported Iraq at the time & strongly pushed for the Libya intervention, overthrow of Mubarak, etc. Bolton will push those instincts.

The important thing to remember is Trump is not actually non-interventionist.

And this is why you don't hire a psychotic warmonger as a TV pundit while an unstable, nuke-loving president is in the White House, you cable news assholes https://t.co/lhIjkQb3JH