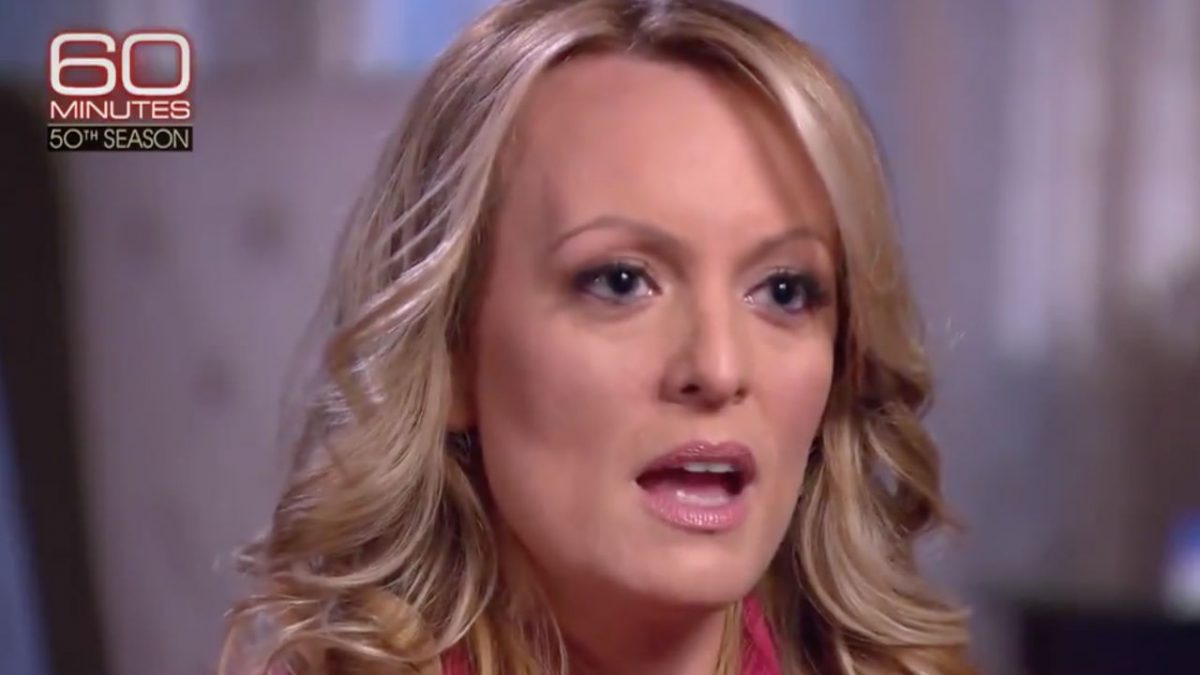 Leading up to the main event, #StormyDanielsDay and #60Minutes were both top trending topics on Twitter.

During the interview, Daniels dished on everything from, um, sex with Trump to spanking him with a magazine cover to him comparing her beauty to his daughter’s to the multiple threats she received.

And you better believe people live-tweeted the hell out of this one:

Hell hath no fury like a woman named Stormy scorned

Stormy Daniels just made the case for herself being White House chief of staff with the spanking story. My god. #StormyDanielsDay

My ears! My ears! #spankingpotus

I mean hasn’t gotten spanked by a magazine with their face on the cover? ?

Anderson Cooper is desperately trying not to giggle #60minutes

Clifford goes out of her way to say she’d recognize the man who threatened her in 2011—you’d think Vegas police might show her some photos of Trump security personnel in Vegas. Or ask Keith Schiller under about whether he made any calls to Vegas.

How did Cialias not buy the first ad coming out of the Stormy interview? Fail.

every few days the president and I sit down at the same time and watch television to hear women describe their affairs with him, this is how we bond

The look my wife and I shared during that moment will go down in history. https://t.co/fR45zkilPc

Hard to believe the biggest issue evangelical voters will have with 60 Minutes tonight will be the gay reporter.

“You remind me of my daughter.”

Struck by how little effort Trump seems to have made to cover up alleged relationships with @StormyDaniels or Karen McDougal at time (2006-07). Alleged cover up of both came during 2016 campaign.

60 Minutes making this a campaign finance story — exactly why the whole country is watching right now.

Everyone single woman in my gym locker room is gathered around the TV watching 60 Minutes.

Standout part of this interview is Stormy Daniels saying she wasn’t attracted to Trump. He was incredibly proud of the “Best Sex I Ever Had” NY Post front page. That won’t sit well.

This is the news cycle America deserves, but not the one it needs right now.

over/under on mentions of this on "Fox and Friends" tomorrow: 0.5

The real question: Did the first lady just watch @60Minutes?

I really didn’t want to imagine the president “perched” on a bed waiting for sex. This interview has so many details that the president will hate.

The brilliance of Stormy Daniels: Always leave them wanting for more.

Once more with feeling: A shout out to the @WSJ folks behind this first story, which gave way to all of the reporting that followed https://t.co/qwd1lFEkbb