Schumer and Pelosi’s Awkward Trump Response Gets Roasted: ‘When Mom and Dad Are Disappointed’ 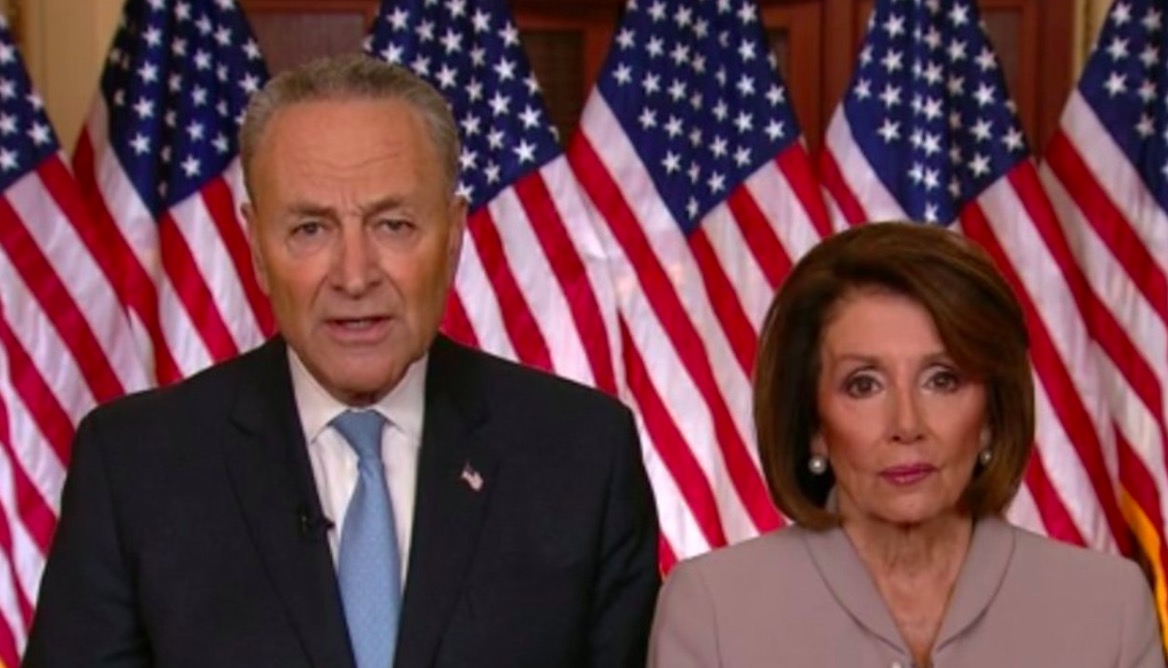 “We can re-open the government and continue to work through disagreements about policy,” Schumer said during the Democratic leaders’ response to the president’s Oval Office presentation. “We can secure our border without an expensive, ineffective wall. And, we can welcome legal immigrants and refugees without compromising safety and security. The symbol of America should be the Statue of Liberty, not a thirty-foot wall.”

Pelosi also stated that “women and children at the border are not a security threat, they are a humanitarian challenge,” compelling the president to “stop holding the American people hostage, must stop manufacturing a crisis, and must re-open the government.”

While responses given by the top Democrats were predictable talking points, the real show was found on Twitter, where dozens of memes comparing the awkward shot of the two to angry parents telling off their disobedient child.

Check out a few of the best tweets below:

When mom and dad are disappointed in you. pic.twitter.com/RYm2uvRZpE

Hell of a visual. pic.twitter.com/usdDA1wNxC

your father and i are going to take turns talking to you now pic.twitter.com/vpeHCZh6Ou

This was an awful presentation. Awful. https://t.co/HAxGySQ0Vl

Either they’re about to tell their children they’re *very* disappointed in them, or they’re distancing themselves from crazy Aunt Zelda who always invites herself over the house https://t.co/ei0Cbbjm3a

They look like rich parents being told their loutish son just got kicked out of college again pic.twitter.com/49ZUXSHbyn

“Your mother and I want to talk about your flag addiction. It’s out of control.” pic.twitter.com/z8eJdfitkG

It’s appropriate to call journalists to account for focusing on “optics” rather than substance. But considering how substance-free tonight was–from Trump and from Schumer and Pelosi–perhaps we can be forgiven for noting that the two Democratic leaders appeared to be embalmed.

when your parents find your juul pic.twitter.com/V30gILLQQl