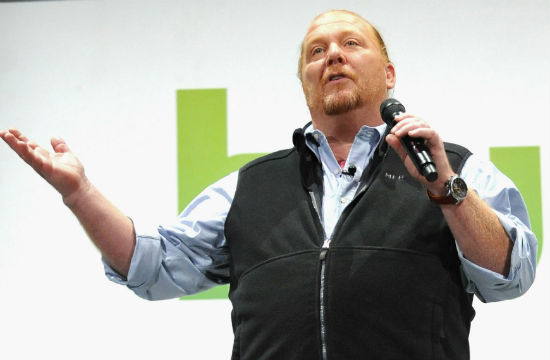 Mario Batali withdrew from his businesses earlier this week after it was reported that several women had come forward with sexual harassment allegations against him.

The celebrity chef apologized for his behavior in his latest newsletter, but with a twist. 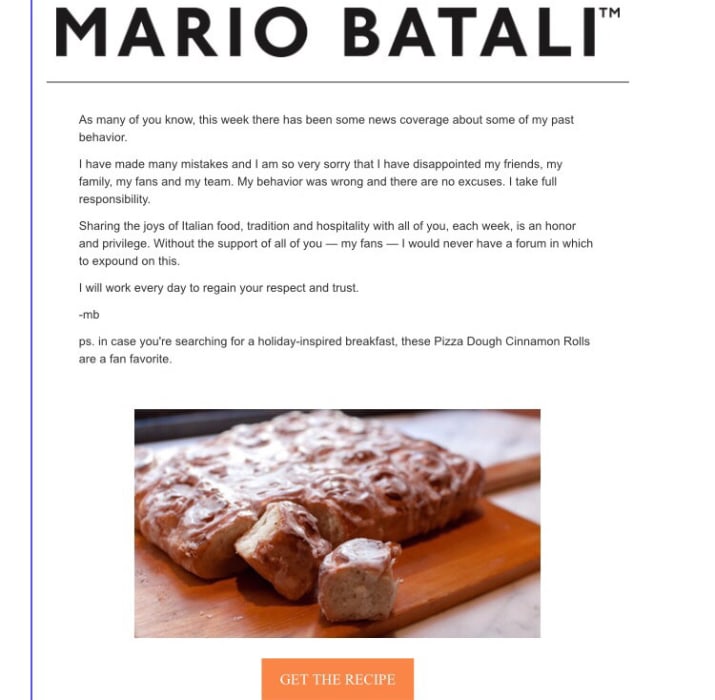 “As many of you know, this week there has been some news coverage about some of my past behavior,” Batali began. “I have made many mistakes and I am so very sorry that I have disappointed my friends, my family, my fans and my team. My behavior was wrong and there are no excess. I take full responsibility.”

He promised to “work every day to regain your trust and respect.”

But he wasn’t exactly finished…

“p.s. in case you’re searching for a holiday-inspired breakfast, these Pizza Dough Cinnamon Rolls are a fan favor.”

Hi guys, it’s 2017 and Mario Batali just apologized for sexual harassment AND gave a recipe for Pizza Dough Cinnamon Rolls all in one email. pic.twitter.com/88VuVB8a4H

when you’re apologizing for sexual assault and suddenly need a snack pic.twitter.com/IoNr2vCaIf

What a disappointment, in every possible way pic.twitter.com/GiKChA29WV

Well, sorry about the harassment, try this recipe for pizza dough cinnamon rolls! Is an interesting message. pic.twitter.com/x46ZdnUEUX

i cannot get over mario batali apologizing for harassing women and simultaneously offering a fucking cinnamon roll recipe pic.twitter.com/Yt3sv76qe9

Mario Batali is trash for promoting delish ass cinnamon rolls while apologizing for being a damn creep. pic.twitter.com/ZM2SnHch14

MARIO BATALI: How do we address the sexual harassment?
PR TEAM: With a heartfelt apology.
MB: A cinnamon roll recipe should do the trick.
PR: That’s a horrible idea.
MB: Yeah, let’s go with that.
PR: You need to apologize.
MB: OK. Quick apology and then rolls.
PR: We’re doomed. pic.twitter.com/dy7aIHUyDV

Nothing says, “I’m sorry” for being a sexual predator like a recipe for Pizza Dough Cinnamon Rolls. Great work, @Mariobatali. pic.twitter.com/yHAnMEsGmV

Sadly, this is not a joke. Inappropriate AND tone deaf, @Mariobatali. https://t.co/YufJ6fwWkz

Russell Simmons should do this. “Sorry about the rape, here’s an unreleased track from the ‘Licensed to Ill’ sessions” https://t.co/Ll2xoZSCOR