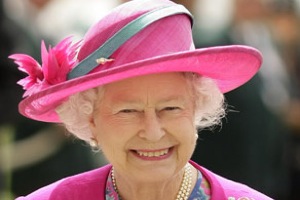 The UK Telegraph is reporting that Secretary of State Hillary Clinton has committed a major “diplomatic faux pas” against America’s closest allies across the pond: sending Queen Elizabeth a warm birthday greeting a week early. Neither Department of State representatives nor Buckingham Palace spokespeople seem to mind, but the Telegraph is treating it as if someone had mistakenly printed an obituary.

Under the eye-catching title “Queen’s Birthday Gaffe Leaves Hillary Clinton Red-Faced,” they report that Clinton’s message was one of peace and gratitude for the Queen’s career, not quite delivering on the title but noting that a Clinton spokesman “attempted to” shrug away the matter. The spokesman, Philip Crowley, just said it was always “better to give a greeting a week early than a week late.” Buckingham Palace didn’t make much of it either: “It was obviously a genuine mistake and there was no offense taken whatsoever,” but the Telegraph adds ominously that there was no word on whether an apology was given.

Perhaps it was a slow news night when this is published, or maybe the Telegraph really does believe giving birthday greetings a week early is embarrassing enough to make a Secretary of State red-faced and merit an apology. But it’s particularly unclear why this is a newsworthy gaffe since it is British tradition that the monarchs celebrate two birthdays– Queen Elizabeth was actually born in April. According to the Telegraph, “The tradition of celebrating two birthdays began under King Edward VII, who was born in November but wanted his birthday parade to take place in June so he could enjoy summer weather.” So Clinton was either two months late or one week early, yet it’s the latter choice that makes the Telegraph see the Secretary of State blush.