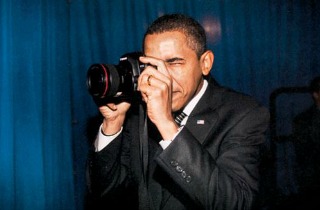 In a memo addressed to staff and circulated on Sunday, Andrew Scott, USA Today’s Deputy Director of Multimedia, wrote that the paper will not use “handout photos originating from the White House Press Office” outside of “extraordinary circumstances”.

He defined those circumstances to be photographs of moments where independent photographers were prohibited from going due to “legitimate security restrictions” or events of “very high news value” that were not attended by independent photojournalists.

“The functions of the President at the White House are fundamentally public in nature, and should be documented for the public by independent news organizations, not solely by the White House Press Office,” Scott wrote.

USA Today was among the nearly 40 news organizations that endorsed a letter protesting the White House’s aggressive image-making tactics. Over the weekend, the White House responded to the controversy by sending out an image of at least seven independent photographers taking pictures of the president signing a bill in the Oval Office