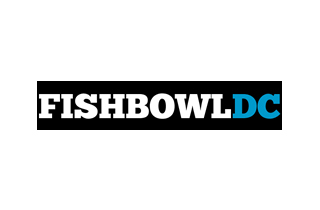 After the media blog FishbowlDC ran a weekly series of blog posts titled “Wendy Wednesday,” mocking well-known D.C. publicist Wendy Gordon as “DTF” (“Down to fuck,” for those not in the know), Gordon threatened suit against the blog, demanding retractions of all the posts, an apology, and reimbursement for legal costs.

In turn, Fishbowl, led by editor Betsy Rothstein, responded by pulling down all of the offending posts but issued no retraction or apology.

Gordon’s counsel, David S. Wachen, told the Washington Post‘s media reporter Erike Wemple that Fishbowl’s response was the equivalent of: “We don’t think we did anything wrong, yet we’re going to take it all down.”

Wachen also told Wemple that the site “never tried to defend what they did on the merits. They never said, ‘Here’s why what we did was protected expression.’ They never made any argument as to why it was appropriate or proper or defensible.”

“Not only did they not want to engage in any discussion, but their arrogance was what drove her to file the lawsuit,” the lawyer added. When Wemple attempted to get a response from WebMediaBrands, the owner of FishbowlDC, their response was: “We do not believe that there is any merit to the claims and plan to defend against them vigorously.”

Wemple then proceeded to chastise the website for its response: “That’s a curious position for a Web site that’s sitting on top of a whole bunch of deleted content. If there is no merit to the claims, then why erase the ‘Wendy Wednesday’ posts?”

He pointed out that if FishbowlDC truly saw no merit to the claims against them, then why can’t the public access the posts that claimed that Gordon was “wishing” she was performing a sex act on former D.C. Mayor Marion Barry; or a post that suggested Gordon was “shitfaced,” i.e., incoherently drunk, at a local event; or another post that subtly suggested Gordon has the sexually-transmitted disease chlamydia.

Citing a court ruling on the five criteria for per se defamation, Wemple said that “FishbowlDC would appear to face grave legal troubles. Chlamydia is chlamydia, after all; printing that someone was ‘s___faced’ could compromise that person’s professional standing; and the accusations of fornication are quite clear.”

And so, Wemple wondered, what could Fishbowl’s defense strategy possibly be? It would not be a “worthwhile undertaking” for them to go with a “truth defense” by sending out a private investigator to prove true all the suggestions made about Gordon. Or the site could hope for a ruling similar to a 2002 California case that found “The phrase big skank is not actionable because it is too vague to be capable of being proven true or false. … The word skank is a derogatory slang term of recent vintage that has no generally recognized meaning. Like `creepazoid attorney,’ it is a ‘subjective expression[ ] of disapproval, devoid of any factual content.’”

“The creators of “Wendy Wednesday” could use a dose of that logic,” Wemple wrote.

Ultimately, he concluded, “Nasty is what FishbowlDC does, often to great effect. In a city where everyone is trained to be polite and deferential in their public actions, FishbowlDC gets mileage out of the petty and selfish conduct of media elites and their associates. … A lawsuit from a glamorous PR exec against a media outlet involving sex and drinking: If only FishbowlDC could cover that one.”