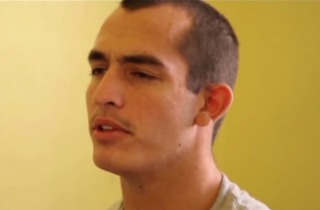 You may be familiar with the case of Sgt. Andrew Tahmooressi, a United States Marine who ended up detained in Mexico after he reportedly took a wrong turn and customs agents uncovered firearms in his truck. For months, his case has gotten lots of attention in the conservative media, especially on Fox News, and particularly from Greta Van Susteren.

Back in May, concerned Americans set up and signed a petition on the White House website to get the Obama administration to demand Tahmooressi’s release from Mexican prison. It received 100,000 signatures––the threshold to require a White Hosue response––but it remained unanswered for months (it should be noted there was a petition earlier this year on the site to make the White House answer petitions faster, but it didn’t meet the signature threshold so…).

But today, the White House finally responded to the petition. And they want you to know that the State Department is providing “extensive consular assistance to Mr. Tahmooressi, and will do so until his case is resolved.”

The response claims both that John Kerry and other U.S. officials have been speaking privately with Mexican officials and that the State Department has been providing regular updates to Tahmooressi’s family.