What Do Glenn Beck and Van Jones Have in Common? A Shared Love Of Mediaite

What Do Glenn Beck and Van Jones Have in Common? A Shared Love Of Mediaite 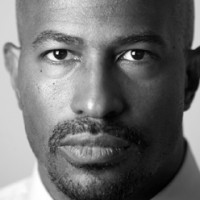 Former Obama administration Special Adviser on Green Jobs (and current Senior Fellow at the Center for American Progress) Van Jones would seem to share little common ground with his nemesis, Fox News personality Glenn Beck. Bound together in the “Beat it” video of history as bitter nemeses, I found out last night that they do agree on at least one thing: this website.

For those of you who have forgotten, Van Jones is the founder of Color of Change, an organization that led a successful boycott of Glenn Beck after the Fox News host called President Obama a racist, and Beck was instrumental in Jones’ resignation from the Obama administration, publicizing the fact that he’d once been finagled into signing a “Truther” petition and had once called Republicans “assholes.”

Van Jones is one of the speakers at this week’s America’s Future Now! conference, and I had been looking forward to meeting him. I wonder, among other things, if as an adviser on green energy, Jones might have enacted some change that could have prevented the BP Oil Spill had he remained in the administration, which makes the spill Glenn Beck’s fault.

I saw him off in a corner last night, so I went to introduce myself. “Mr. Jones, I’m Tommy Christopher from Mediaite.”

A flash of recognition crossed his face, and he said “Oh, I know, I really like your work.”

“Really?” I said, “You read Mediaite?” (I’m sure my editors are stoked that I evinced such shock.)

“Yes, and I really appreciate the work that you do.”

Now, this was a little bit awkward, because I wanted to ask him if he meant my work, or the site’s, but that would have seemed egotistical. It’s really just the journalist in me, mainly, and just a little bit of ego. Maybe it was my coverage of attempts to smear other administration officials, or Rachel Sklar‘s coronation of Jones as the Czar of Hotness, that hooked him, but the site’s unique editorial voice is probably what kept him coming back.

After a brief discussion, we parted ways, and he said “Thank you again for the work you do.”

I’m always gratified to learn that someone enjoys our site, and in Jones’ case, especially so. First of all, the guy is super-smart. He’s so smart, when he plays Jeopardy!, they call it “Complete Safety!”

But more than that, it is a testament to the diversity of viewpoint and fairness of Mediaite that both Van Jones and Glenn Beck, two guys so polarized that they make the North and South Poles look like the number 11, enjoy reading us.

It is a matter of record that Mediaite is “growing to be” one of Glenn Beck’s favorite websites. This is thanks, in large part, to Glynnis MacNicol‘s coverage, including her recurring Moment of Glenn feature, but I’m sure Glenn doesn’t just read about himself. Even Beck’s detractors would have to admit that being this neo-Barnum’s go-to media website is pretty impressive.

So clearly there is hope that a new day is dawning; one where even a small thing like a shared affinity for a little-media-website-that-could, can bring people together. Did you feel that, World? That was you, healing a little bit.