Who’s to Blame When White Boys Put A Noose Around A Black Boy’s Neck?
Opinion

Who’s to Blame When White Boys Put A Noose Around A Black Boy’s Neck? 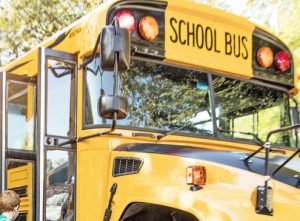 While the liberal media is chasing skirts––in a manner of speaking––clamoring to cover the almost one dozen accusations of sexual harassment by Donald Trump, bad things are happening to real people. And they’re happening in a virtual media vacuum. Take, for example, the four white high school boys in Mississippi. They thought it would be a funny prank to put a noose around a 15 year-old black boy’s neck and choke him.

The boy, who plays football for Stone High School in Wiggins, MS was shaking as he told his mother about the incident, which occurred in the boys locker room.

“Mom, they put a noose around my neck and they pulled it tight and it choked me. And I just instantly — it was like a chill went over my body.”

The four white teens were not successful at stringing up their fellow black student. And thank God. But what the hell kind of America are we living in where kids think this is okay in 2016?

Has Trump’s candidacy made the fringe racists in this feel so comfortable that white kids now believe this is behavior they can get away with? In no way do I believe that Trump is a racist; but I do know that his campaign quietly, and sometimes overtly, has appealed to alt-right wackos for votes.

Sean Hannity‘s recent offer to charter a plane to fly President Barack Obama back to Kenya after his term ends also riles up the racist, bigoted radicals in America, and is NOT helpful.

Also to blame, perhaps, is a fear of teaching history — warts and all. Knowing history helps us not to repeat the bad parts. Yet, in today’s hyper-PC environment, where teachers are terrified of making their students feel sad, bad, or offended — history is being whitewashed (pun intended) or completely ignored.

For those ignorant people who may be ignorant of Mississippi’s racist history, it’s no coincidence these boys thought they’d get away with a noose prank on a black kid. During segregation, racist Democrats known as Dixiecrats governed Mississippi like all southern states at the time. But Mississippi stood out. It was home to more lynchings of blacks than any other in the nation. According to data from the Tuskegee Institute, over a 65-year period from 1882-1968, white supremacists lynched 3,446 blacks and 1,297 whites.

During that time, every U.S. state committed the atrocity of at least one lynching. But Mississippi outperformed every other state with 581 lynchings. All this was done by whites to keep blacks from have basic equal rights to whites such as education, jobs, voting, and housing, among other things.

Apparently, these white boys wanted to bring back the good ole days when white men could kill, lynch and assault blacks with impunity. Or at least re-enact it.

Mississippi was infamous for other atrocities, too, if you can imagine that. Civil rights leader Medgar Evers, a field secretary of the Mississippi NAACP, was assassinated in that state. One night in June of 1963, Evers was gunned down in his driveway. His wife and kids, who were waiting for him to come home, opened the door to find Evers dying in a pool of blood.

In June 1964, Mississippi made headlines again with the murders of three civil rights workers. Trying to help register blacks to vote in Neshoba County, James Earl Chaney, Andrew Goodman, and Michael Schwerner, were arrested for speeding, and then released by police. On their way out of town, they were followed by a mob of law enforcement, White Knights, and the Ku Klux Klan. Eventually, their car was pulled over; they were shot at close range and buried in a dam. Their bodies weren’t found until 44 days later.

Back to those four teens: only one has been accused of misconduct and suspended from school until an investigation is completed, according to the Associated Press. Scott Maddox, the school’s 60-year old white soccer coach, said:

“It’s my hope that we’ll find out it was a bunch of teenagers doing what teenagers do, which is acting with stupidity… They didn’t grow up in the ’60s. They don’t understand the context of it.”

This incident is more than kids being kids. Someone taught these boys the history of that noose and they understood exactly what it meant. Otherwise, they would never have lassoed it around the neck of a black boy.

Clearly, it was the wrong “someone.”