Rob Lowe Is Criticizing 'The Media' Over Charleston

Why the Hell Is Rob Lowe Criticizing ‘The Media’ Over Charleston Shooting? 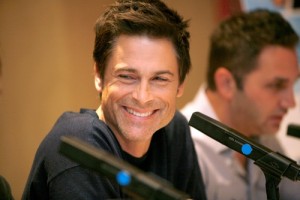 What happened at an historically all-black church in Charleston, South Carolina on Wednesday night is a tragedy, no doubt about it. Nine people are dead, others injured and a community in shambles after Dylann Storm Roof opened fire during a prayer meeting.

The Charleston Police Department, in conjunction with the FBI and the media, are doing everything they can to apprehend Roof before further bloodshed occurs. Yet whenever anything even remotely “hot button” occurs, there’s bound to be criticism — especially of how the media does or does not cover the story.

Sure, some have already caught Fox News personalities seemingly avoiding the use of the phrase “hate crime,” but you’re probably wondering, “Why the hell is actor Rob Lowe‘s name in this article title?” Because of what he tweeted last night:

The media should be ashamed. 3 hours to get on air and then gives detailed suspect description WITHOUT mentioning his race. #Charleston
— Rob Lowe (@RobLowe) June 18, 2015

Lead CNN producer and official statement talk of “clean shaven, slender and hoodies”. Only others add that he was white. #Charleston — Rob Lowe (@RobLowe) June 18, 2015

Look, I’d just like a consistent, FULL description (when clearly there is one) when a mass killer is on the loose. White, black or green.
— Rob Lowe (@RobLowe) June 18, 2015

The tweets suggests two particular criticisms of the media’s coverage of the Charleston shooting:

There’s a lot to unpack here, but let’s start with a few simple rebuttals of Lowe’s tweet. For starters, there’s the matter of just how wrong, wrongity wrong-wrong he is about news outlets not covering the story until three hours after the fact. Local reporters in South Carolina and Los Angeles said as much when they tweeted back at him.

@RobLowe Hi Rob, local #SC reporter here. We’ve been on the air since it happened. — Will Whitson WIS (@WillWhitsonWIS) June 18, 2015

If that’s not enough for your consideration, consider our own coverage of the events as they unfolded on Wednesday night. Mediaite’s post was initially published at 10:40 p.m. ET, and was updated four times — that last coming in at 1:12 a.m. ET. Of course, local reporters on the scene were there from the very beginning — WCIV ABC 4’s Jason Tighe posted photos of police and emergency vehicles on the scene as early as 9:33 p.m. ET.

So yeah. Maybe you didn’t see any of the event’s coverage when it first happened, Mr. Lowe, but that’s kinda sorta because you (a) were presumably watching a single source of information (i.e. CNN), and (b) are just slightly removed geographically from South Carolina.

Rob gets a little bit of leeway with his race criticism, because he is right in the fact that major outlets like CNN were reticent to identify the suspect’s ethnicity — if it was even known as all. The problem, as established above, is that Lowe wasn’t explicitly talking about CNN’s coverage, even if he mentioned the network by name. After all, his first tweet began, “The media should be ashamed.”

CNN ≠ “the media.” Sure, Ted Turner‘s 24-hour news behemoth is a part of that utterly useless catchall term that’s used with reckless abandon these days, but it’s not the end-all and be-all of news reporting. It’s not gospel.

There’s not really any need for an Exhibit B. That’s because Melissa Boughton of The Post and Courier reported one of the first, clear-cut descriptions of the suspect who would later be identified as Roof at 10:29 p.m. ET. And guess what? The first descriptive word is “white.”