WikiLeaks Exposes a Corporate Media as Out-Of-Touch As Politicians 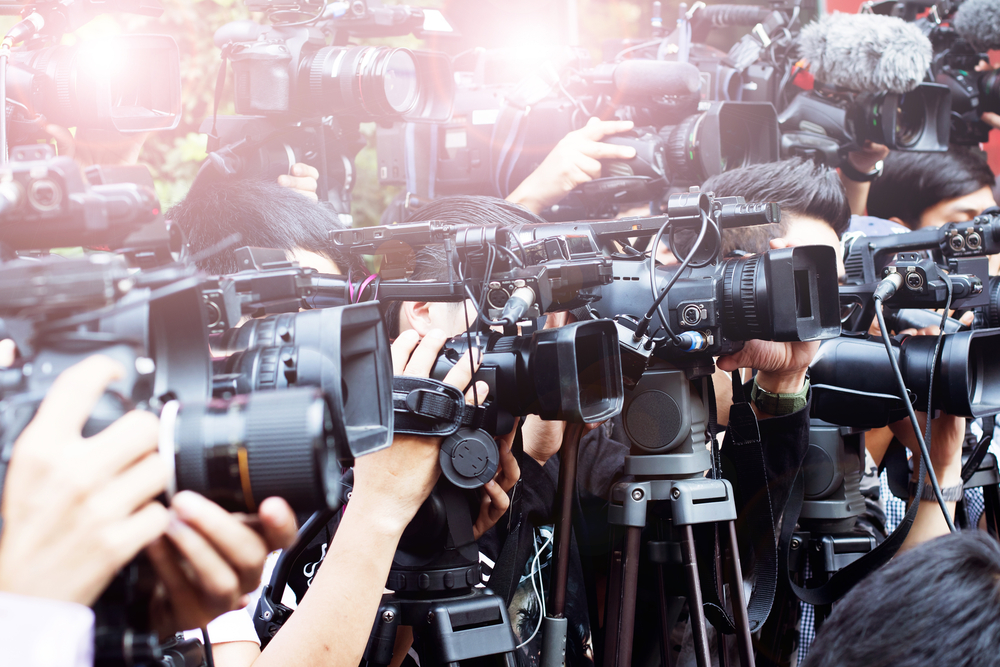 Hillary Clinton was “playing to the paying crowd” in her private Wall Street speeches. Some people are looking at this as a “yawn.” There’s no “smoking gun” here.

These are just a few versions of the “nothing to see here” rallying cry that’s permeated corporate media over the last week in regards to the thousands of emails WikiLeaks obtained from the account of Clinton campaign chairman John Podesta.

When TV news took a break from wall-to-wall Trump coverage (CBS, ABC, and NBC’s morning and evening shows spent 4 hours and 13 minutes on Trump’s sexual assault allegations vs. 36 minutes on the WikiLeaks emails between Oct. 7th and 13th), they widely viewed the revelations through a tone-deaf prism.

The verdict: emails showing the behind-the-scenes machinations of the Clinton campaign changing her positions in real-time, coordinating with the Obama administration, crossing ethical lines with the Clinton Foundation, doing favors for donors, and more were irrelevant because there were “no bombshells.”

Take, for example, what Clinton told Goldman Sachs bankers at a behind-closed-door speech on regulation.

“There’s nothing magic about regulations, too much is bad, too little is bad. How do you get to the golden key, how do we figure out what works? And the people that know the industry better than anybody are the people who work in the industry.”

CNN’s Don Lemon was on the case recently, speaking with William Cohen, a contributing editor to Vanity Fair. What ensued was a tug-of-war of ignorance.

“She also insisted that these bankers needed to take control of their own regulation,” Cohen said. “In other words, if they didn’t self regulate, if they didn’t change the way they do business, then big-time Washington regulators will step in and do it for them.”

Like so many journalists who haven’t done their homework and taken the time to dig through these emails—I’ve reported on hundreds at this point for TYT Politics—Lemon let Cohen’s preposterous, borderline-calculated interpretation of what Clinton told Wall Street stand.

But, for anyone living outside the NY-DC media-political bubble, what Clinton actually told Goldman was politicians can’t just go on and regulate you all without getting your input on best practices and conditions for success.

Of course…let’s ask the bank robbers what tools they need to break open the front door!

Later in the interview, Lemon quipped sarcastically: “But this is proof—evidence—that she is corrupt and there’s something to hide in her emails!…seriously, I’m joking, but if you watch conservative media, this is a death knell for Hillary Clinton.”

No, Don. This is proof that you live in a wealthy-anchorman-ignorant-to-what-what-corruption-looks-like cave.

Not to be outdone, Lemon’s colleague Chris Cuomo had a doozy this morning, talking to Daily Beast editor-in-chief John Avlon (who, of all media pundits, is usually one of the sharpest).

The two discussed New York Times reporter Maggie Haberman, who was featured in several of the leaked emails as bending over backwards to please the Clinton campaign.

Dripping with sarcasm, Cuomo said, “Oooh, she likes Clinton better,” adding that Haberman is just as wired in to the Trump campaign as Clinton’s (she is).

Avlon agreed, brushing aside the Haberman revelations as simply part of the centuries-old dance campaigns and reporters engage in.

No, Chris and John. WikiLeaks didn’t show that Maggie is merely Cuckoo for Clinton’s Cocoa Puffs—or just part of the typical cat-and-mouse game between politicos and journalists covering them.

It showed she read one of her stories aloud to Clinton campaign communications director Jennifer Palmieri before it was published in the Times.

UPDATE –– 11:06 pm ET: The Times provided this statement to Mediaite:

In this case, our reporter fact-checked key points of the story with her sources, which is standard journalistic practice. At no time was the full story shared with a source in advance.

Now, I’m no Columbia Journalism Professor, but I’m pretty sure reading your critical story on a candidate to the candidate’s campaign before it is published is not part of your typical Salsa routine between the press and politicians.

Any journalist worth his or her salt would next ask—were any changes made to Haberman’s story as a result of that conversation? What were they? Was this the only time she’s tipped off a story to Clinton—or Trump’s—campaign?

Unfortunately for CNN’s audience, they were not informed of what Haberman did. Offering the benefit of the doubt here: Cuomo and Avlon didn’t really dig through the treasure trove of thousands of emails to be in-the-know on each email involving Haberman (although with a simple keyword search, presto!..there’s the email).

More likely: like so many TV news journalists who routinely swing through the never-ending revolving door between media, politicians, corporations, and lobbyists, what Haberman did is looked at merely as the price of doing business. And since it’s not that shocking to them personally, why should they report it the audience?

Glenn Greenwald nailed this thought in a recent piece at The Intercept.

Many longtime journalists or political junkies already know that politicians are typically disingenuous, dishonest, and manipulate public opinion, and this jaded perspective causes them to react with boredom toward stories that reveal this. But journalism isn’t about entertaining veterans of political journalism or feeding them new tidbits that they did not already know. It’s about providing the public with information that they can use to better understand the world and, in particular, what those who wield the greatest power are doing. Just because a political journalist thinks he already knows something doesn’t mean that the general public already knows it, or doesn’t want to learn more about it.

Here’s some news for the “journalists” foaming at the mouth on Donald Trump’s treachery 24/7 and calling the WikiLeaks revelations nothing but goose eggs.

For the millions of people whose savings and retirement accounts were decimated thanks to Wall Street fraud, Hillary Clinton fluffing bankers’ pillows behind-closed-doors, telling them their advice on regulation is needed, IS A BOMBSHELL.

To the millions of Americans who collectively distrust the media in record numbers, reporters from the most prestigious newspaper in the world reading stories to presidential campaigns before publishing them is big news, worthy of more information and analysis.

In the end, corporate journalists receiving checks from multi-billion dollar conglomerates have become just as out-of-touch as politicians receiving hundreds of millions from billionaire plutocrats.

And that may be one of the most important revelations WikiLeaks has exposed yet.

— —
UPDATED: A New York Times spokesperson told Mediaite: “In this case, our reporter fact-checked key points of the story with her sources, which is standard journalistic practice. At no time was the full story shared with a source in advance.”