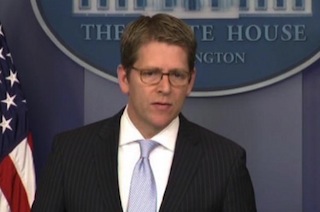 Decrying the “Hippocratic oath” of both the press corps and the White House as “First, make no news,” former White House assistant press secretary Reid Cherlin has a recommendation for the daily press briefings: stop.

“The daily briefing has become a worthless chore for reporters, an embarrassing nuisance to administration staff, and a source of added friction between the two camps,” Cherlin wrote in the New Republic on Monday. “It’s time to do the humane, obvious thing and get rid of it altogether.”

Cherlin argues that the briefings, once a daily ritual of government transparency, have devolved into an obfuscatory performance. “The daily briefing is seen as one of the last toeholds from which the press corps can try to keep the White House accountable, so eliminating it would be seen as Nixonian, even Stalinist, depending on one’s bogeyman of choice,” Cherlin wrote. “But reporters who’ve actually endured the sessions day in and day out, if not quite ready to endorse abolition, concede that the institution has wildly outlived its utility.”

It’s not exactly the most substantive of exercises from the White House point of view, either, as they spend much time trying to figure out how to stay out of trouble. “Most mornings, I would sit in [Robert Gibbs’] office as other aides paraded through to offer their ‘guidance’ on whatever was in the news, which usually meant how to skate away without giving up much information,” Cherlin recalled.

This is not to excuse the journalists themselves, whom Cherlin says are participants in the farce, even if unenthusiastically:

“Carney’s refusal to give straight answers tends to obscure the fact that the questions are pretty pointless, too. [Foreign policy] is not going to be hashed out during a televised exchange between the press secretary and a reporter from Reuters. The reporter from Reuters knows this, of course, but he has to ask about the day’s big story anyway. As does the colleague next to him, and the colleague next to her, each getting in a swing.”

Near the end of the piece, Cherlin locates the central problem: if the press briefings feel like a proxy for something, that’s because they are. The briefings occur ostensibly to communicate the president’s position on government affairs, but they do so without the president—and in some cases to shield the president. Therein lies the briefings’ existential paradox:

“Some White House journalists also suggest a second fix, at once simple and highly improbable: having the president himself spar directly with the press more frequently. Adviser-types get squeamish about it, but presidents really do tend to be their own best spokesmen, as President Obama showed at a late-June press conference in Senegal. Asked about America’s pursuit of Edward Snowden, the commander-in-chief responded with the kind of color, brevity, and authority almost never matched during a daily briefing: “I’m not going to be scrambling jets to get a twenty-nine-year-old hacker,” he said. Question answered.”