Yes, Trump’s Approval Rating is Indeed Rising, And That Demands an Explanation
Opinion

Yes, Trump’s Approval Rating is Indeed Rising, And That Demands an Explanation 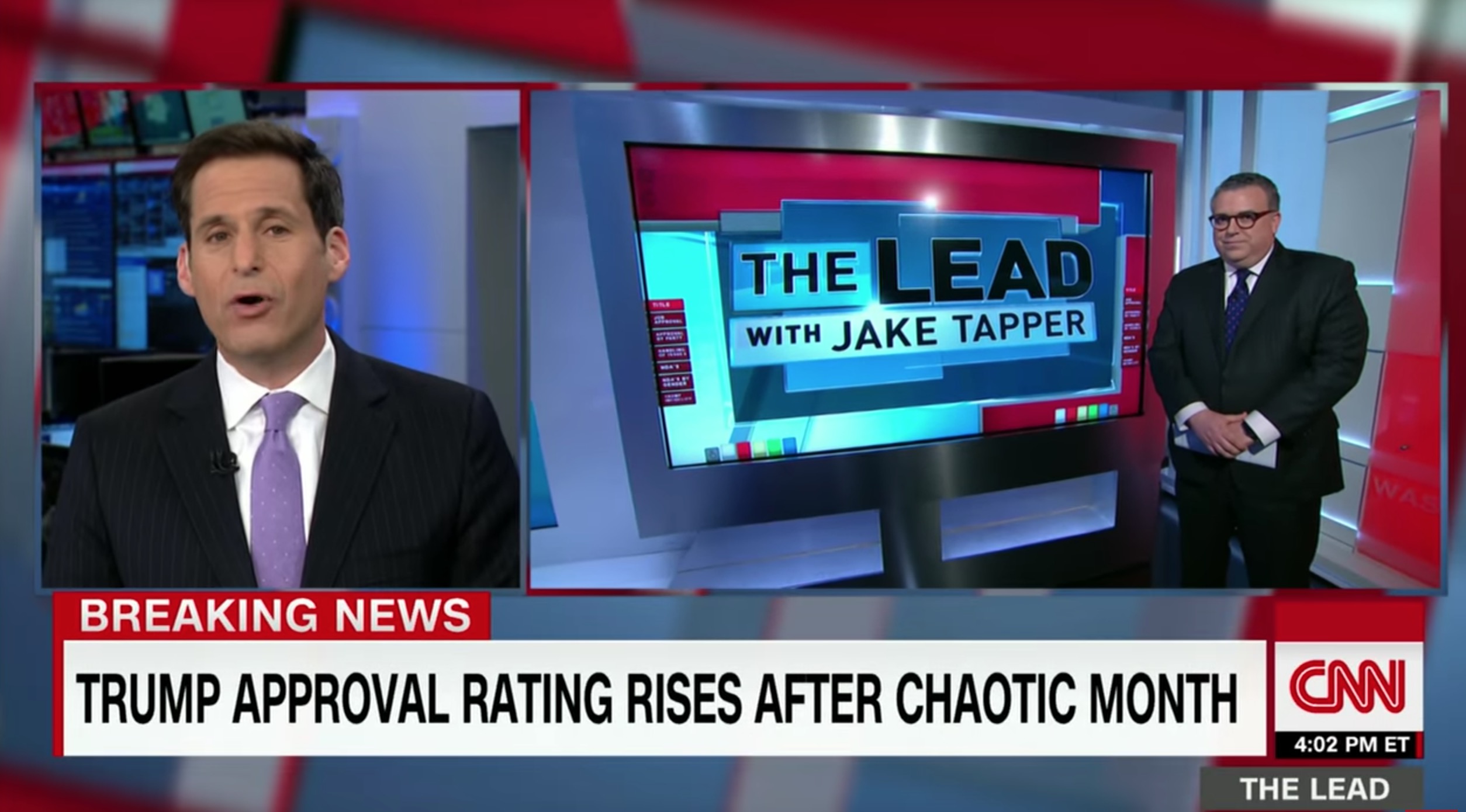 For pretty much all of 2018, President Donald Trump’s approval ratings, underwater at the end of 2017 by a staggering 21 points, have been inching, slowly, but surely, back into the respectable range. For much of this time, most polling observers have not given much weight to swing, largely because there does not appear to be a logical explanation for such a significant shift.

However, after yesterday’s CNN poll, which actually had some bad news for Trump hidden within in it, there is no way to continue to pretend that something “real” hasn’t happened here. Trump’s average approval is the highest, and his “underwater gap” the lowest, that it has been since the spring of his first year in office.

Now, there are some purely statistical explanations for this. For instance, Fox News and Rasmussen Reports, two traditionally very favorable polls to Trump, have just reported extremely generous results, which may skew the average slightly. But that is not nearly enough to explain the change, especially during a three-month period of time where Trump and his administration have endured an extremely high level of turmoil and scandal.

Ironically, you can almost chart Trump’s rise in the polls to the release of Michael Wolff’s explosive book, Fire and Fury, at the very start of the year. Despite predictions at the time that the book might be the beginning of the end of the Trump presidency, my view at the time that the book may actually HELP Trump appears to have been at least partially vindicated.

In short, for a variety of factors, including a catastrophic loss of trust by the news media and an overall desensitization to the Trump insanity, there is now basically nothing — short of an on-video disaster for which Trump is clearly to blame — that can really move the needle against him. This past week’s revelations of two different affairs in which women were paid off by Trump allies during the 2016 presidential campaign are further proof of this phenomenon.

There must be more, however, to explain what is going on here.

Obviously, Trump’s one legislative accomplishment, the tax cut law, came at the very start of his turnaround. Clearly, it makes sense that some people who are lukewarm on Trump as a person might have been brought into his column by seeing more money in their take-home pay. But having 5% of the population go from opposing Trump to approving of him based only on this, while him presumably not losing any support as a result of all the dysfunction and chaos, seems like a real stretch.

As for the economy in general, the numbers haven’t changed much at all during this three-month period of increased popularity for Trump. It should also be noted that the stock market, for which Trump tried to take credit, is actually LOWER than it was when his mini surge began.

Like with most apparent mysteries, there are probably multiple explanations which have come together all at once to create a result which appears to be inexplicable.

I think it is largely the tax cuts, the lack of trust in the news media, and people not getting negative information because either they have tuned out of the news, or they only get their data from currently state-run “conservative” media sources. But there are two other possible explanations as well, and they are related.

One of the many things which the election of Trump has forced all of us to do is to radically reevaluate the way average people think of politics. For me, this has meant accepting a reality which I had suspected for quite a while, but which could never bring myself to fully embrace.

This is the idea that a certain percentage of the adult population possesses such intense anger and disdain for all of our political and media institutions that they really don’t care at all if they are being running well or properly. They really just want to see the “elites” suffer as much as they do. In a weird way, for these people, Trump is very similar to a mythical Roman Emperor who instead of throwing Christians to the lions, is tossing some spoiled politicians and media figures to them.

Closely related to this group are those who now see politics are purely nothing more than entertainment. To them, the last three months may have provided very bad and dangerous government, but it has been a lot of fun for them to watch. Effectively, this small group of maybe 2-3% of the population serves the role of giving Trump the thumbs up or down on his act. Right now they are amused, but they may get bored as quickly as Trump does.

Herein lies the most precarious element of this theory. As an obsessive observer of his own ratings, both television and the approval variety, Trump is highly likely to keep giving these people exactly what they want. That means more of the reality show bedlam, which, assuming Trump’s luck ever runs out, eventually is going to lead to a very substantive, and probably not very fun, disaster.