There is now a “Lion Killer Dentist” Halloween costume, based on Minnesota dentist Walter Palmer — the man who shot and killed Cecil the Lion last month.

For those of you who weren’t satisfied with the availability of only one offensive costume for this year’s Halloween parties, you can now adorn yourself in something other than Caitlyn Jenner‘s Vanity Fair cover shoot. That’s because the good (?) folks over at Costumeish are here with the “Lion Killer Dentist” Halloween costume. 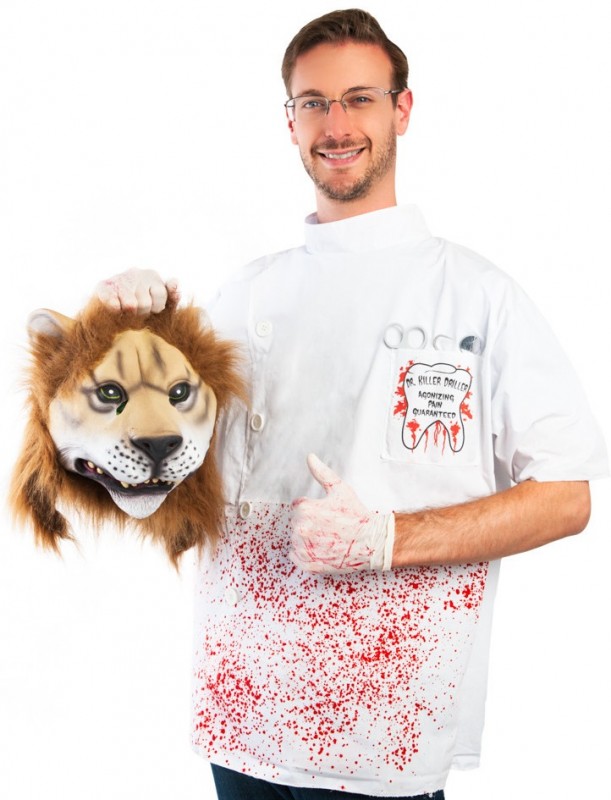 The costume features, among other things, “a severed lion’s head mask, bloody smock, and bloody gloves for a gruesome, complete look.”

According to the Hollywood Reporter, the costume’s original price was listed as $59.99. However, due to popular demand, Costumeish has raised the price to $99.99.

In addition, Yandy is offering a Cecil the Lion costume for women that unsurprisingly features little coverage. In other words, it’s a “Sexy Cecil the Lion” getup for anyone who feels the need to express solidarity with the dead, male animal.

Like Costumeish before them, Yandy claims %20 of the limited edition costume’s proceeds will go to the World Wildlife Fund “to support global conservation initiatives.” At least they correctly identified an actual charity organization.