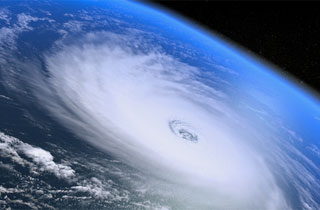 These days, it’s impossible to name something Isis, because it also happens to be the name of ISIS, the brutal terrorist group attempting to take over the Middle East. As a result, U.N.’s World Meteorological Organization announced today that hurricanes would no longer be called Isis, likely since they want to spare poor weathermen from having to say Isis is bearing down on the Northwest and it has already left a trail of destruction in its wake.

“Names are knocked off the list, which rotates every six years, if they are considered inappropriate if they caused too much damage and too much death,” [WMO spokesman Clare] Nullis said.

She added that this was not the case with Isis.

But the Hurricane Committee also backed Mexico’s request to retire the name “Odile” and decided on “Odalys” as its replacement to be used for the 2020 season, she said.

Instead, hurricanes will be known as “Ivette”, which, come on, that’s not a real name. That’s basically a bastardization if Yvette.

The point remains, however: ISIS has already taken our e-wallets, our lingerie, and our animated spy agency names. What’s next? Will Egyptologists be forced to call Osiris’s wife “Goddess of Fertility with a habit of picking up corpse parts”? Damn you, terrorists!

(We’d like to point out that this is likely the reason that Barack Obama would prefer we refer to the terrorists as ISIL instead. Ain’t a lot of things called ISIL out there.)