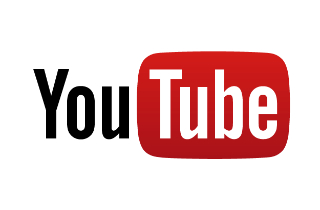 Popular vlogger and online celebrity Philip DeFranco reported Wednesday that YouTube was beginning to pull all ad revenue from many of his videos after he put out a video mocking a “social justice warrior” obsessed with political correctness.

DeFranco, who has 4.5 million subscribers and over 1.6 billion views on just his primary channel, posted a video titled “Leaked Video of SJW LOSING IT Blows Up In Her Face.” In it, DeFranco spoke about a woman who verbally abused her Lyft driver for having a Hawaiian bobblehead doll, calling it offensive and “cultural appropriation.” The woman posted the video of the encounter online hoping to elicit sympathy, only to be laughed at for her hypersensitivity and loose grasp of the facts (she at one point referred to the “continent of Hawaii” and promised to send the video to the now-nonexistent Gawker).

But after posting his video mocking the woman, DeFranco noticed that his ad revenue for that video and others had been suspended.

I’m not going to censor myself. pic.twitter.com/a9upZh6eTY

Don’t worry though. I built the show and secondary $$$ sources for this exact reason. You never know when your platform will turn on you.

Producer just got off the phone with Youtube and it wasn’t a mistake. Feels a little bit like getting stabbed in the back after 10 years.

YouTube withholds the right to block ad revenue for any video that is viewed to be “not advertiser-friendly.” DeFranco reports that his videos were being demonetized for “controversial or sensitive subjects.”

Update: At least 12 more of my videos have been hit and I’m nowhere near done. This might be part of the reason. Wow pic.twitter.com/2i6msEMv7M

.@TeamYouTube I’m confused because my content isn’t ad-friendly, but “Syrian Boy Covered In Own Blood” is… pic.twitter.com/52Avb1Urg8

DeFranco later vented in a second video called “YouTube Is Shutting Down My Channel and I’m Not Sure What To Do.” “By taking away monetization, it is a form of censorship,” he argued. “Taking away the ability to monetize a video where you’re saying things that they don’t deem ‘okay,’ that’s been described as censorship with a different name. Because if you do this on the regular and you have no revenue, it’s not sustainable.”