An Immodest Proposal: Trump Should Refuse to do CNN Debates
Opinion

An Immodest Proposal: Trump Should Refuse to do CNN Debates 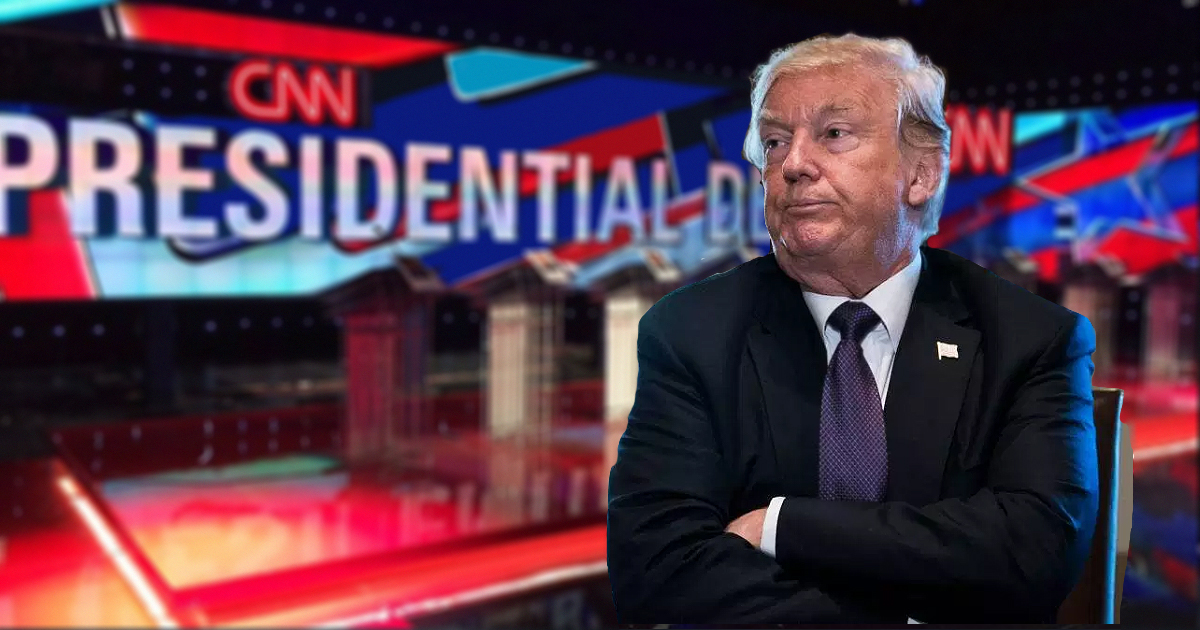 The DNC has given no sign it will back down from its commitment to withholding the Democratic message from the largest political news viewing demographic by refusing to allow Fox News Channel to carry their primary debates. The rest of the major media, too, is generally on board. Fox, for their part, objects.

But maybe since we’re in a mood for excluding networks, President Trump and the GOP should take a move from this playbook and reciprocate. Here is a proposal: Trump should refuse to debate on CNN ahead of next year’s election.

First, let’s be clear about exactly what the DNC did. As a guest on CNN’s Reliable Sources noted on Sunday, the DNC was already not in the business of handing their debates to Fox News. They had no primary debates there in 2016, for example. Their candidate town halls aren’t there either. What’s different this time is that instead of simply not going to FNC, they made a public statement of shunning. DNC Chair Tom Perez, using the timely trigger of a New Yorker article calling Fox News propaganda, stated publicly his and the DNC’s intent to exclude FNC.

In return, the rest of the press, especially CNN and Fox themselves, have granted Perez the very boon he was seeking: a big splashy story that lets the #Resistance know how committed Democrats are to catering to their vengeful desires.

Honestly, Perez should be sending gift baskets to the cable networks. His name recognition probably shot up a few hundred percent into the whole single digits range.

Of course, simply getting the word out to their leftier elements wasn’t the only aim here. It actually is a matter of exclusion.

On that same Reliable Sources on Sunday, veteran analyst Jeff Greenfield made the argument that Democrats are excluding a big, blue collar portion of voters (he didn’t say “white” voters but it was in the air) in failing to share their own message on Fox News.

But sharing their message on Fox is exactly what they want to avoid ahead of 2020.

What bigger disaster could there be for a Democratic primary debate than that a huge swath of America actually sees them standing on a radical left agenda? To put it bluntly, they don’t want to be seen. Not by everyone, anyway.

It’s a truism that the parties must tilt to their respective corners in the primary, and toward the center in the general. In this particular election, that tilt is exceedingly pronounced, with the GOP pandering to the Trump-right and the DNC pandering to the Ocasio-Cortez left.

Except in the case of the GOP, there is no corner yet un-penetrated by news of their farthest right tendencies, whereas the DNC is still trying to walk the line between left and center. (A fact that AOC herself has noted and complained about.)

For that conquest of every corner with the farthest right elements of the GOP, one need look no further than CNN to find out how that was accomplished. Granted, one could look further –to the Washington Post, the New York Times, MSNBC, the Daily Show, every late night TV monologue, movies, the Oscars, music, entertainment magazines, teen magazines, and every area of sports and tech reporting, for example — but one doesn’t need to. It is sufficient to look at CNN to see how every bad step, bad choice, and bad person on the right is amplified, attacked, contradicted, exposed, and generally carried routinely over the airwaves to voters.

That kind of sunlight is exactly what the DNC does not want ahead of 2020, and it’s definitely the main reason they don’t want to be openly debating one another on left-wing premises to the biggest cable news audience, and one that skews far more to the right and center than the younger, more liberal audiences of CNN and MSNBC. It’s a no-brainer, really.

So by avoiding Fox they accomplish several things: They dodge getting exposed for advocating radical and unpopular policies, they get the media buzz for their candidates on Fox News anyway as its opinion hosts and its anchors raise hell at being excluded, and they deliver supreme satisfaction of the liberal left’s need to exact vengeance on Trump and all who are tied to him. It’s a win-win-win.

So Trump should do the same thing.

That is, President Trump should refuse to participate in presidential debates moderated by CNN journalists. There isn’t going to be a Republican primary contest, no matter procedural voting, and therefore no primary debates. And the general election debates are carried on a million channels and outlets. So the best he can do to respond in kind is refuse to participate in debates moderated by CNN personalities.

Democrats just blocked @FoxNews from holding a debate. Good, then I think I’ll do the same thing with the Fake News Networks and the Radical Left Democrats in the General Election debates!

But it’s something to get behind despite his embrace. Not because of revenge, or even because it would be good for the country, but because the DNC hiding from voters is bad for the country. And if Trump does what he always does anyway and acts like a spoiled brat about it, it would take the manufactured conflict to new heights.

For one thing, might force the Democrats to relent and give up the ban, meaning they could face genuinely hard-to-answer questions about what exactly their platform and beliefs are, rather than just argue from the left. Assuming the game of chicken resolved with everyone attending every debate, it would also expose a much larger share of American votes to the breadth of information and spectrum of choices they have next year.

Most importantly, it would be hilarious.

Well, okay, that’s not the most important part. What is important is that Fox viewers might, just as Jeff Greenfield said this morning, see their network challenged over facts and bias, and CNN/MSNBC viewers might come to understand that it’s not just Donald Trump, or even Donald Trump-ists, who think the hard news folks at CNN and MSNBC are equally indulgent when it comes to editorializing and slanted reporting. There are, in fact, millions of Americans who think that.

In short, it would be like bringing the whole media vs. media debate to a head while bringing the presidential debates to our TVs.

And also it would be hilarious. Carpe Amentiam.