From Iraq to Russian Bounties, Media's Habit of Siding With War
Opinion

From Iraq to Russian Bounties, Media’s Long Habit of Siding With Intel Community and War 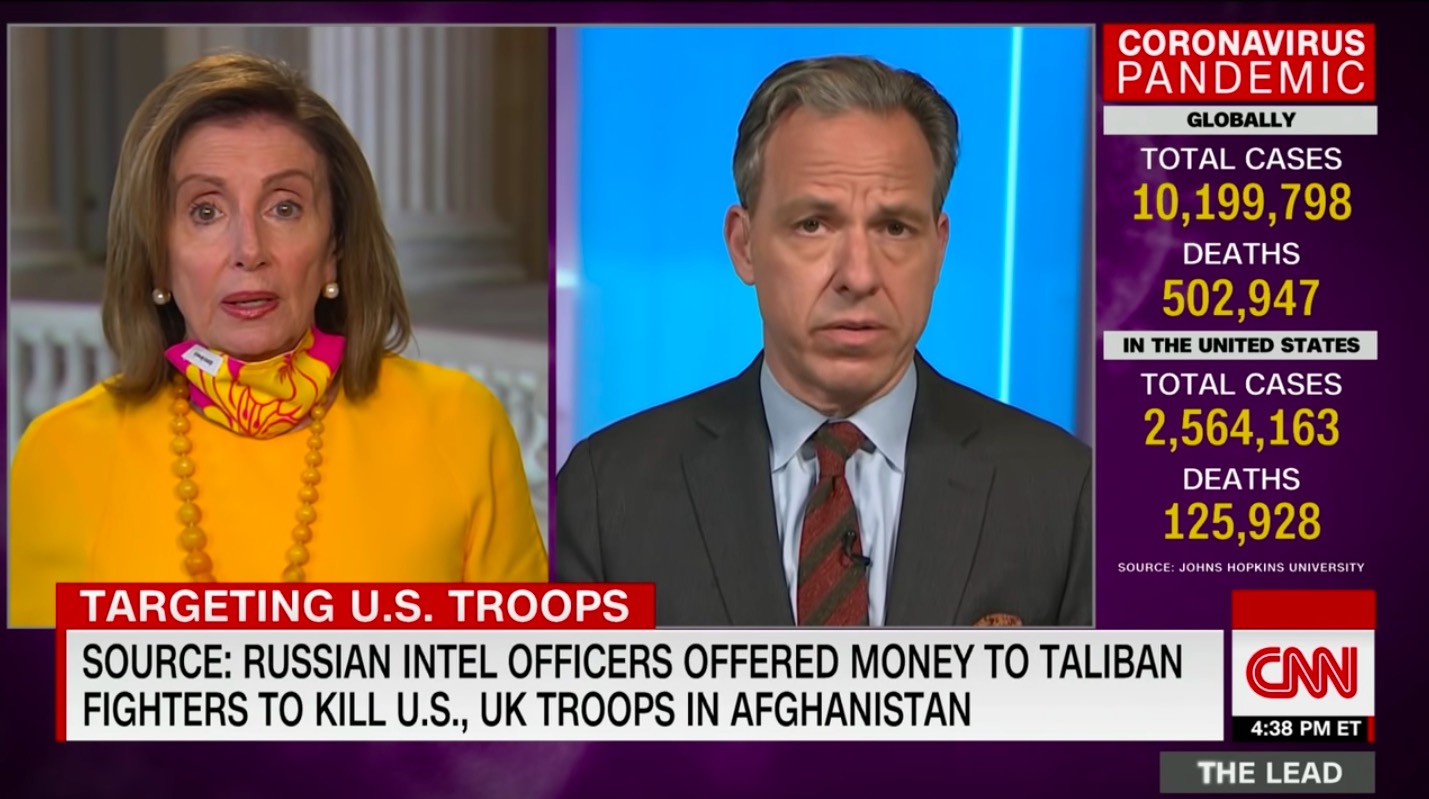 The now-discredited report that Russia offered bounties to Afghan militants to kill American soldiers was an October surprise — released in June. The story, originated in The New York Times and leaked by the intelligence community, was more proof in the eyes of an eager media that Trump failed to safeguard Americans from Putin. After spending four years portraying Trump at best as a useful stooge and at worst a willing accomplice of the Kremlin, The Times article was fodder for Democrats and used against the 45th president ad nauseam throughout the election cycle.

From the rearview window, this looks to many people as another example of the media using anonymous sources to peddle fake news to attack Trump. While that could be considered valid, it’s more important to realize that this is another example of sources within the intelligence community using the media to promote war.

The story broke just as the Trump administration finalized plans to cut the number of troops in Afghanistan by nearly 50 percent, the lowest level since the beginning of that conflict in 2001. Trump’s plan to dial back America’s military footprint around the world was nearly universally opposed by the intelligence community, the military-industrial complex, but most importantly, the media.

While the American public, especially Republicans, view the media as left-wing, they’re more of an institution that supports consensus, including being pro-war.

Dating back to the Iraq War in 2003, mainstream news outlets created the consensus that a war in Iraq was a necessity and believed faulty intelligence almost without question. Journalists like Judith Miller from The New York Times, Larry Kudlow of CNBC, Richard Cohen and Fred Hiatt of The Washington Post, the editorial board at The Weekly Standard, Paul Gigot of The Wall Street Journal, MSNBC’s Joe Scarborough, Brett Stephens of The Jerusalem Post, and David Remnick and Jeffrey Goldberg of The New Yorker peddled constant stories about Iraq and the need to take out Saddam Hussein.

They helped sell the Bush Administration’s war to a fearful public, and nearly every single one of their predictions turned out to be untrue: Saddam did not have stockpiles of weapons of mass destruction; Americans were not greeted as liberators; the insurgency was not in its last throes; rebuilding Iraq would cost more than $1.7 billion; Iraq did not help al-Qaeda attack the U.S. on 9/11, and the mission was not accomplished by May 2001.

Did any of these notable figures lose their job or leave their post in shame? No, they continued in their careers or received eventual promotions either in the media or in government.

This consensus approach to military invention didn’t change under Barack Obama. In February 2011, when Arab Spring reached Libya and the nation descending into a civil war, military and diplomatic allies close to President Obama, including the Secretary of Defense Robert Gates and the U.N. Ambassador to NATO Ivo Daalder, warned that military intervention including a “no-fly zone” would be inappropriate. The media, however, were locked into the opinion that overthrowing Ghadafi was the only course of action.

Media outlets like The New York Times, The Washington Post, and Wall Street Journal ginned up the American public for war. The editorial boards pleaded for action and chided Obama for wanting an international coalition. The Wall Street Journal editorial board wrote, “Ghadafi can also only prevail at this stage through a murderous campaign that will make the U.S. passively complicit in a bloodbath… Mr. Obama won’t lead the world because he truly seems to believe that U.S. leadership is morally suspect.” The New York Times published op-eds comparing the civil war in Libya to the genocide in Rwanda, and Richard Cohen of The Washington Post said in his call to war, “It’s the United States that matters. We have the bucks. We have the expertise. We have the military. We lead, they follow. This may not be as it ought to be. It is, however, how it is.”

Their persuasion tactics worked. The U.S. joined allies to overthrow Ghadafi, and Libya has spent a decade as a failed state, becoming the home to slave traders, terrorist organizations, and human traffickers.

President Donald Trump promised to be different. He campaigned on an “America First” platform that included bringing troops home from endless foreign conflicts. His attempts to remove troops from Afghanistan were met with a horrified media. CNN ran headlines like “Diplomats worry Trump’s desire to withdraw U.S. troops risks success of Afghan-Taliban talks,” Time published a piece entitled, “Can Donald Trump accept a defeat in Afghanistan.” David Brooks of The New York Times called Trump’s actions “pure politics so he can brag.”

One of the few occasions that Trump enjoyed near-universal praise from the media was when he bombed Syria in April 2017. Out of the forty-seven major editorial boards in the U.S. only one, The Houston Chronicle, opposed the airstrikes.

Maybe the media has changed its ways and won’t be as hostile to Biden as previous presidents. Their commitment to praising Trump’s successor may outweigh their decades-long passion for war. Until Biden removes the U.S.’ last soldier from Afghanistan, most should remain skeptical that the media will allow for peace without a fight.