Media Trend of the Week: People Losing Their Sh*t Over Coronavirus Live on the Air 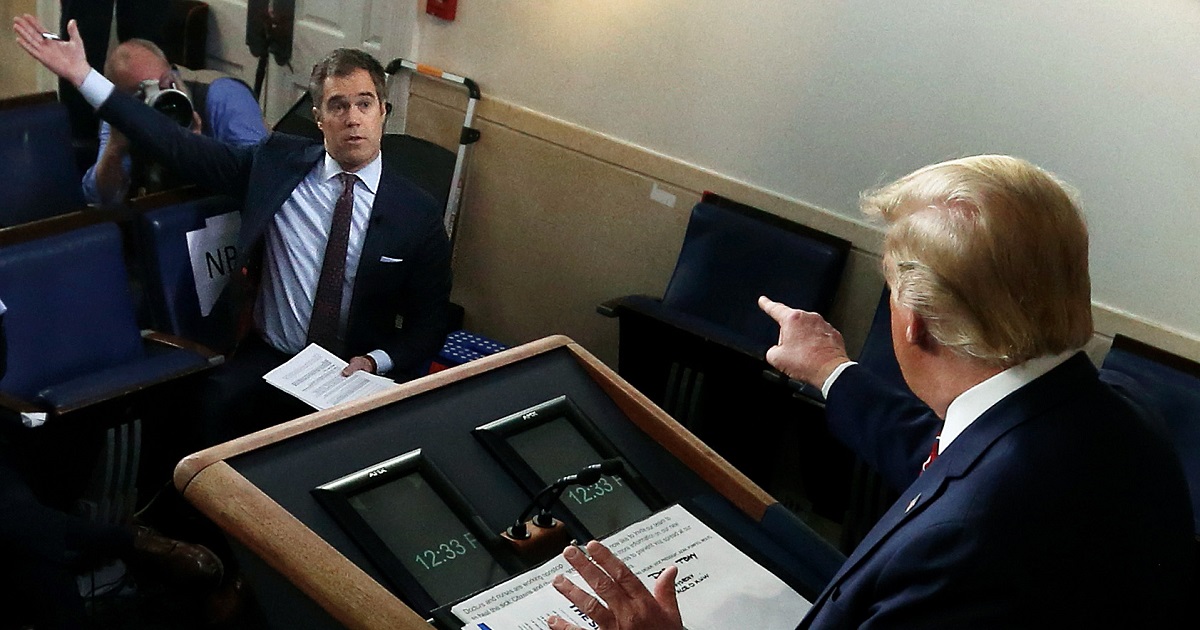 There was a rash of people completely losing it on the air over the coronavirus this week, a disturbing trend made more disturbing by the fact that one of them was the president of the United States.

The COVID-19 pandemic has a lot of people understandably on edge, and that stress is bursting through television screens in ways that can be pretty unnerving and, at times, harmful.

On the low end of the spectrum was former FEMA administrator Craig Fugate ripping out his earpiece and walking off an MSNBC interview on Thursday after fellow remote panelist Andy Slavitt said his analysis was wrong.

“What your other guest is suggesting here is not helpful,” Slavitt said of Fugate’s suggestion that a “single person in charge taking control and running this is a myth.”

“I don’t have time to listen to bullshit, people,” Fugate said, as he stormed off.

Fugate later apologized, and while the spectacle was obviously embarrassing for him and unpleasant for some in the audience, the harm was minimal.

But the day before, on Wednesday, billionaire hedge fund honcho Bill Ackman delivered a CNBC interview that wasn’t just unhinged, it was an obliterator of every hinge in the immediate vicinity. The part of the interview in which he said “Hell is coming” went viral and was quoted over and over again on the network.

Many CNBC personalities, as well as MSNBC’s Stephanie Ruhle, said that Ackman’s tirade contributed to a panicky day of trading that saw the market crater once again.

But that portion of the interview actually came toward the end of what was 28 minutes of Ackman crapping himself on the air, stretched over the course of an hour during which nobody wondered whether having a guy with no expertise pop off about an emerging global pandemic.

Now, many have reported that Trump went off on Alexander just for asking what he’d say to people who are scared, but what Trump actually was responding to was Alexander’s justified criticism of Trump for lying to the American people about treatments for the virus.

But you know what? That’s Alexander’s job. And one of Trump’s jobs is supposed to be leader who doesn’t lose his shit in the middle of a crisis.

This crisis is going to last for a good long time, and if this week is any indication, it’s time for news organizations to start making decisions about when to pull the plug on content that contributes to an air of panic without delivering anything of value, beyond riveting television.