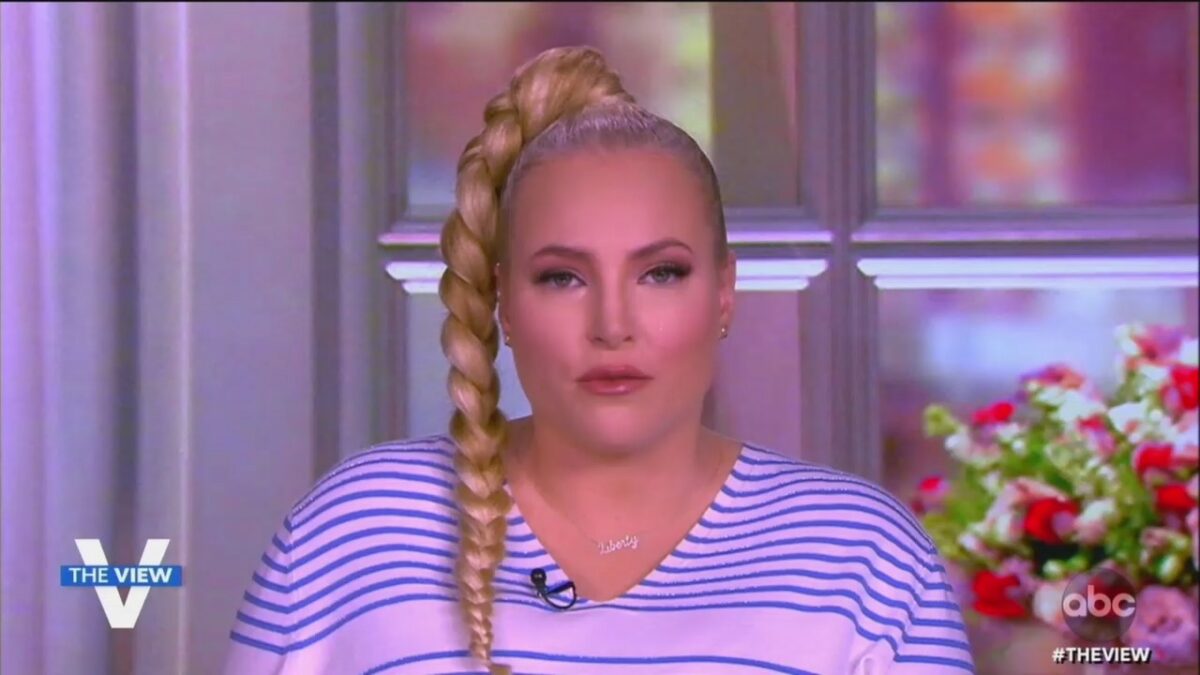 Why did Meghan McCain land a job writing for the Daily Mail when she burned out at The View, instead of a plum hosting gig on cable news?

It wasn’t because of ratings. Meghan McCain is good at television. Very good, and particularly within a setting like The View, where her commentary plays off — and battles with — a gaggle of co-hosts.

But her well-known reputation for being a challenging personality to work with, day in and day out, has kept television executives at bay. This isn’t just news gleaned from anonymously sourced gossip page leaks. A number of industry insiders made clear to Mediaite that McCain is known for being difficult to work with, which has kept television executives at bay.

This bad press is not unique to McCain. There are a number of television personalities — from Lawrence O’Donnell to Scott Pelley — who have developed similar attitudinal reputations. But McCain has re-entered the spotlight this week, talking about what seems to be one of her favorite subjects… herself. And her future in broadcast or cable television is now a question on many industry executives’ minds.

The former star of The View recently published a score-settling audiobook that blasted her co-hosts, executives, and treatment from what she labeled misogynistic media. She also quite candidly — and bravely — revealed her own struggles with postpartum depression, which she said added up to make her last year at The View a living hell.

Meghan McCain’s reputation for being tough to work with is well known. She has even addressed the brutal coverage she’s received in the tabloid press at length. (Lest we forget,  if McCain has any single superpower — beyond her last name — it’s that she knows how to play the victim card.)

McCain has pointed to a number of blind items clearly leaked to hype up infighting between her View co-hosts as well as network executives. McCain’s talent was her role as a foil to the conventional wisdom expressed relentlessly by her co-hosts, real-life caricatures of liberal media bias, complete with condescension and a total lack of awareness. When McCain calls out Joy Behar and Whoopi Goldberg for mistreating her, there is ample evidence in support, both on the air, and in reporting about clashes off the air. In hindsight, it’s shocking in particular that Behar’s treatment of McCain got a pass.

The tensions are not exaggerated. According to one network executive familiar with the inner workings of the ABC show, the reports of bitterness may have been underplayed in the press. But that tension is a big part of why the show rated so well.

McCain did very well as a foil. That’s another reason why, according to a separate cable news exec, McCain likely won’t be offered her own show anytime soon. Nor would she fit in on a panel show of like-minded people. She does well when she stands out, and it makes for compelling television.

So what happens to Meghan? Executives are leaving a lot of viewer eyeballs on the table by not bringing her on board. A development exec would be wise to pair her, à la View, with a group of liberal co-hosts.

While McCain has decried the nasty treatment she received from Goldberg and Behar, she does owe them a great deal of gratitude. Ganging up on McCain almost made her a sympathetic figure — if one can feel bad for Veruca Salt falling through the giant Golden Goose egg-laying chute — but more importantly, demonstrated her draw to viewers.

Having a bad reputation in TV news is not some rarity. The number of on-air talent, television hosts, and anchors who aren’t a pain in the ass is woefully small.  The performative nature of being on tv — combined with constant criticism – often brings out the very worst in people. Add to that the curious combination of thin skin and massive ego that comes with the sort of person attracted to a career in front of a camera? That toxic stew of character traits rarely adds up to magnanimity, grace, and humility.

Regardless, McCain remains an interesting television personality, whether she’s promoting her own victimization or battling her liberal foils. For the sake of interesting television, let’s hope she returns to the screen soon — but pray for the Executive Producer who has to manage that set.