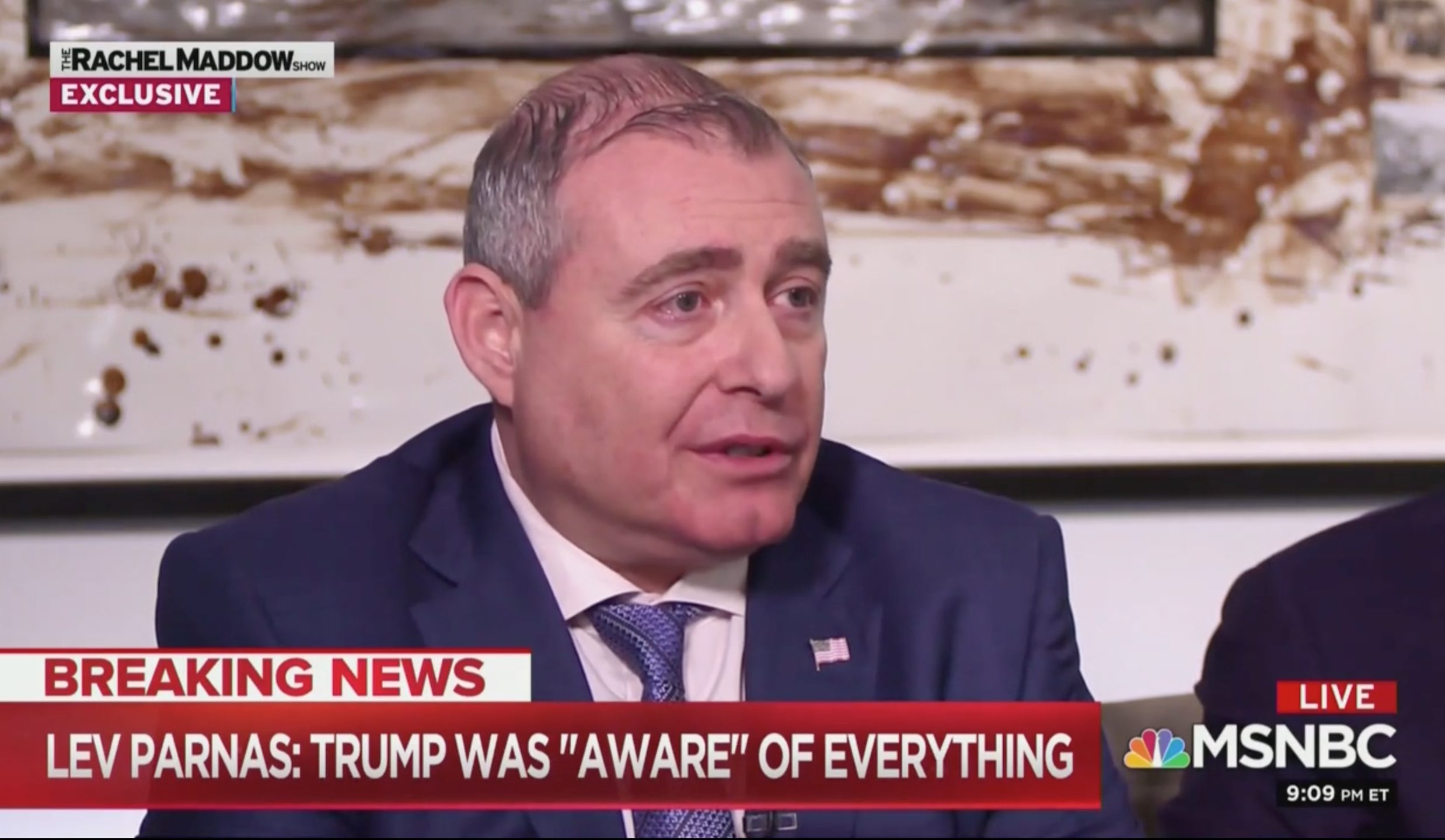 Here in the real world, however, none of those things are going to happen. In reality, there is a pretty decent chance that nothing very significant will come of what should be an earth-shaking event.

There are a lot of reasons why this is the most likely outcome, but one of them was that this interview was conducted by Rachel Maddow on MSNBC. Unfortunately, in this hyper-partisan, truth-means-almost-nothing, hyper-fragmented media environment, this is significant.

Before we get into exactly why that is the case, a few observations on the interview itself are in order.

As unfair and nonsensical as it is, however, the political impact of this incredible television is obviously going to be mitigated, if not muted, by who did and aired the interview. If Parnas had asked Trump (to be clear, I am not suggesting this happened) with whom he should do such an interview, there is little doubt the president’s answer would have been Rachel Maddow and MSNBC.

This is because there are literally no Trump fans, or even many soft Trump supporters, who watch MSNBC in general, especially Maddow. At most, Trump supporters will only vaguely hear about what happened in a way that is completely harmless, mostly because, in the mind of the average Republican, anything about Trump that comes from MSNBC is easily disregarded as “Fake News!”

Fox News, for instance, in an deed so blatantly consistent with being a state-run outlet that I at first thought it might be a parody, actually had the audacity to only highlight how the Parnas interview “Undermines House Dems claims that Trump team surveilled Ukraine ambassador.” Apparently, a “Parnas Agrees that Trump is All-Knowing” headline was seen by the Fox News editors as lacking enough pro-Trump spin for their sycophantic standards.

If the goal here was to have real political impact, this interview should have been offered first to Chris Wallace of Fox News (it would have needed to be aired live to prevent Fox from having control over its editing). He would have likely jumped at the opportunity, and would have been tough but fair, with Fox then being at least somewhat invested in publicizing the story, thus eliminating a huge excuse Trump supporters will have for pretending as if Parnas never existed.

Sure, there is a chance Fox News would have fearfully passed on the offer all together. But at least then Fox News being afraid to interview him would be a significant part of the narrative, and it wouldn’t appear as if Parnas rushed to the safety of the most liberal host on the most liberal network because his story is too fragile to withstand any pro-Trump scrutiny (clearly, Maddow still would have been thrilled to interview him second, while now Fox can easily claim that there is nothing new to discover by giving him airtime after the exclusive has already been squandered).

As I have tried to warn many times in the past, at least until further notice, nothing in this desensitized era really matters. While the Parnas interview could have qualified, unless he testifies in tremendous fashion at the impeachment trial, that notice is still pending.