The Implosion of College Football Offers Trump A Political Opening, If He Does This… 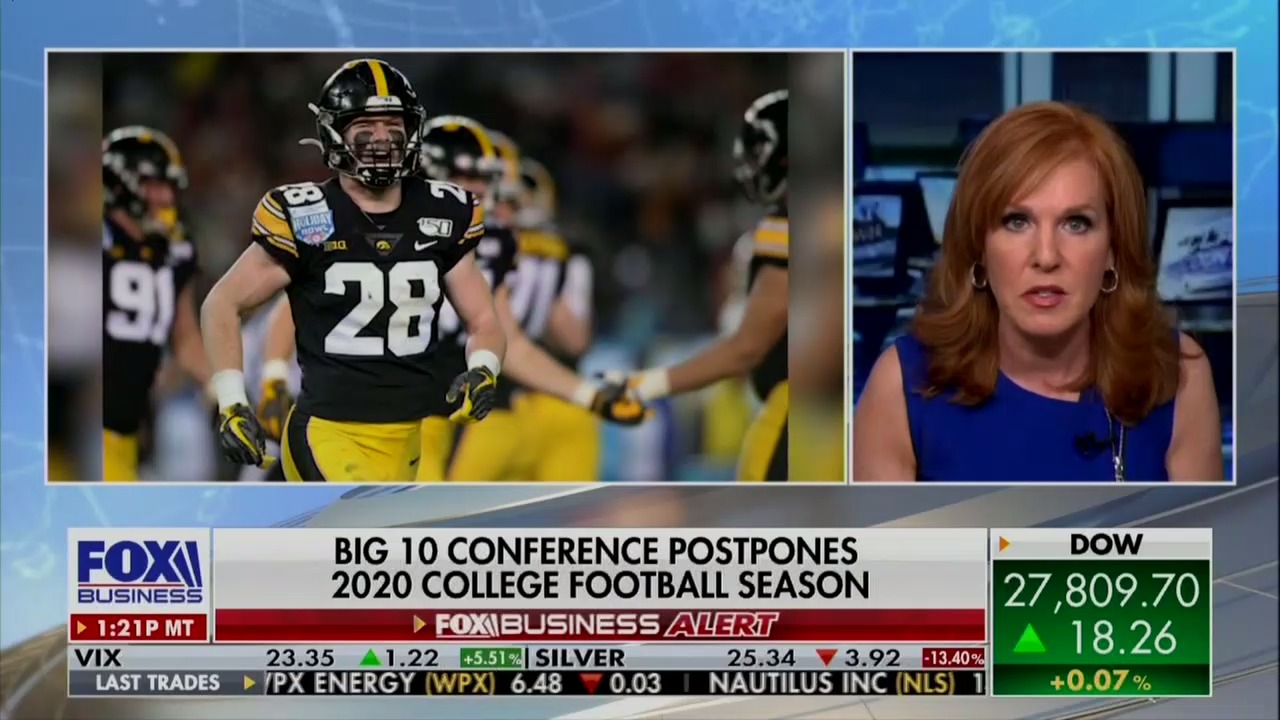 It now appears that, thanks to a toxic mix of a legitimate pandemic, unwarranted panic, sports media alarmism, the power of money, and the liberal politics of academia, the 2020 college football season is in the process of being thrown into total chaos, and effectively cancelled (No, spring football is not a legitimate option.) For many millions of Americans, this is quickly turning into the saddest, non-health related, cultural consequence of the coronavirus crisis to date.

It is a development which may also provide President Donald Trump a much needed political opportunity to get back into a re-election campaign which, if it were football game, he would be currently trailing by about 13 points and without the ball, as we start of the fourth quarter. However, it would probably require him to make a rather bold maneuver, though it is one which would seem to fit his persona nearly perfectly.

To review, after the “Power 5” football conferences made the very ill-conceived (unless it was part of a concerted sabotage effort) to eliminate their non-conferences games due to the pandemic, almost all of the smaller conferences quickly cancelled football, largely because they could no longer milk the bigger schools for money and TV exposure. This then eliminated any political cover for those weak-kneed college administrators who still look to The New York Times for guidance each morning, and the “Big 10” also pulled the plug, with the “PAC 12” expected to quickly cave in right behind them. (Sure enough, moments after this column was published, the PAC 12 caved).

This leaves just three other–not coincidentally–mostly red-state/southern conferences, and a handful of other uniquely situated schools (like Brigham Young University, the three service academies, and possibly Notre Dame should the ACC conference also bail) still with plans to play some sort of makeshift partial schedule. While many of the players have engaged in an online campaign to salvage their season (which is being openly supported by Trump), it appears to be a good bet that only the mighty SEC conference might dare to continue on without even a fig leaf of public relations protection should something go very wrong.

It may sound crazy and trivial to those who don’t understand the social power of college football, but this is a situation which should legitimately frighten the Joe Biden campaign. If the south, most likely the SEC, full of colleges from states which Trump won, is the only place to play football this fall, and they do so successfully, it is going to REALLY make the decision-makers in the very key, football-loving, states of Wisconsin, Michigan, and Pennsylvania (all “Big 10” states), look extremely weak, and leave a key voting group extremely angry.

Because academia is correctly seen as being totally dominated by liberals, and because those three “Big 10” states have Democratic governors, it will hardly be a stretch for the message to be heard loud and clear about what very different varieties of America Trump and Biden will represent moving forward. This is especially the case since Trump has already smartly jumped all over the issue in favor of the college kids who desperately want to play, while Biden, prevented by his base from saying anything that might even theoretically mitigate the perceived danger of the virus, has been mute.

When the pandemic began, I theorized that football was going to cause Democrats a potential problem because I envisioned a scenario where California Governor Gavin Newsom, who is very obviously infatuated with his king-like powers and his new ability to institute fascist polices without a hint of real backlash, would cause the NFL to be greatly curtailed. While that is still possible, it now appears that it is on the college side where the real political dynamite may be on the verge of exploding, and where Trump may have a remarkable opening to make this election into a “one-score game” again.

This would still be the case, and perhaps even more so, even if the SEC finally decides to also wave the white flag, thus proving in the minds of many people that they may not actually be a God, and cancels a football season over a virus which has not yet killed one college athlete. This is where Trump’s role as Commander-in-Chief becomes exceedingly key.

Let’s say that all of major college football eventually decides to call it quits this year (for the record, as a huge college football fan, having the games without spectators seems as frustratingly pointless as two people trying to have sex with their clothes on). Trump could still signal-handedly salvage a tiny portion of the college football year in a manner which could have powerful political symbolism.

Each year, the three military academies (Army, Navy, and Air Force) play in a three-game series, culminating in the iconic Army/Navy rivalry, where the schools compete for the “Commander-in-Chief” trophy. As commander of our armed forces, Trump could easily cause that series to continue, even against the grain of every other school quitting football, especially since Air Force’s Athletic Director has already signaled that they still intend to try to play Army and Navy, even as the rest of their slate of games has evaporated more quickly than the crowd at a losing politician’s election-night party.

The original dates of those three games were October 3rd, November 7th, and December 12th, but now obviously they could theoretically be moved up to almost any time which suits the schools and their administrations. It doesn’t take much imagination to think about the impact of the nation’s military academies being the lone carries of the torch of college football, ideally (from Trump’s perspective) with the president and an each school’s handsomely uniformed student bodies bravely in attendance, playing for the only trophy to be given out in 2020, giving a depressed nation something around which to rally with pride, all creating massive television audiences and unprecedented media attention.

Should that series be pulled off without major problems, especially if it were to be done before the election, it wouldn’t win Trump the race, but it might be a real game-changer coming down the stretch. Interestingly, should Trump decide that at least the student bodies would be in attendance (which would be imperative for this idea to work properly), the Army/Navy game would likely have to be removed of the key swing state of Pennsylvania because of the rules set up there by Democratic elected officials, which may further play into the president’s small hands.

Assuming this type of proposal is properly put in front of Trump, it is hard to imagine how he could possibly resist it, as it clearly appeals to multiple aspects of his personality (including his life-long desire to own a real football team, as here he would effectively “own” all of college football). While it is impossible to know right now how all the dominoes will fall within the anarchy that is currently controlling college football, the scenario laid out here is one which should be taken seriously, as it could have rather significant ramifications on numerous important fronts.

John Ziegler is a senior columnist for Mediaite. He hosts a weekly podcast focusing on news media issues and is documentary filmmaker. You can follow him on Twitter at @ZigManFreud or email him at johnz@mediaite.com